ebc024 featured ian (leeds), joel (calais/bristol), and hanna & faiza (london). the exhibition explored themes of reconfiguration, potential and change. ian presented several works that centred around the use of plane trees in public spaces, particularly in london, and his acquisition of one such tree that was subsequently cut and presented in the exhibition for use as seating. joel presented a film called no fixed aboad which focusses on the lives of people that he had spent time with and interviewed, all of the interviewees could be considered to live alternative or outsider lifestyles. hanna also presented a film work which documented the building of a nature reserve on the site of the former ‘jungle’ in calais, alongside some printed letters and documents of research.

as part of the programme ian ran a workshop titled ‘ideas leave objects standing’. the workshop took its name form a text/manifesto/artwork by artist david bellingham. the text has taken many forms in bellingham’s work, from wall pieces and canvases, to being printed on everyday items such as mugs (one of which ian uses as a pencil pot on his desk). the power of the statement lies in its duality: do objects outlive forgotten ideas, or do ideas transcend objects? in this workshop the group completed a series of simple drawing, writing and interactive exercises. an artist talk/tour of ebc024 also took place as part of the exhibition.

you can listen to an audio description of the exhibition here 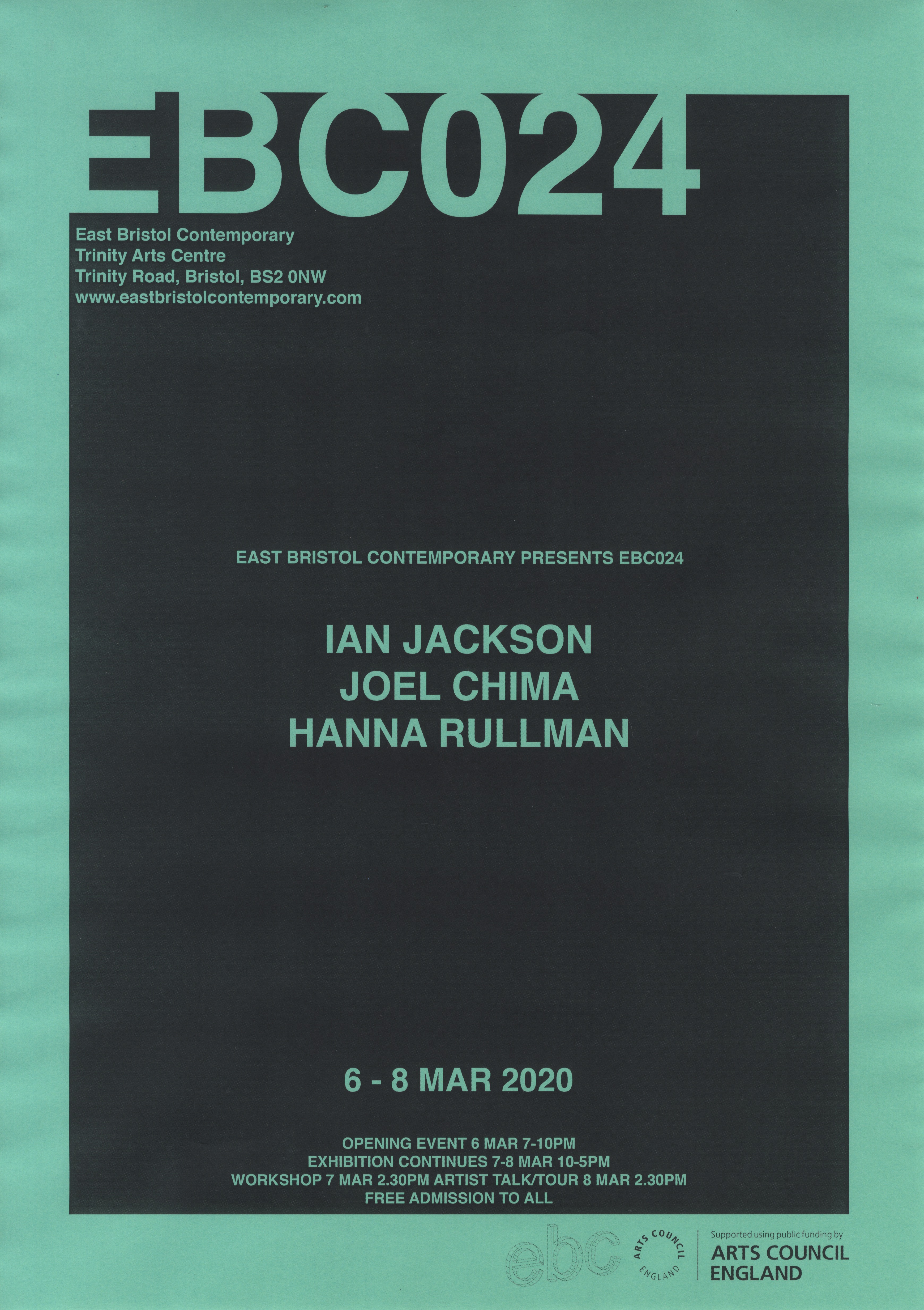 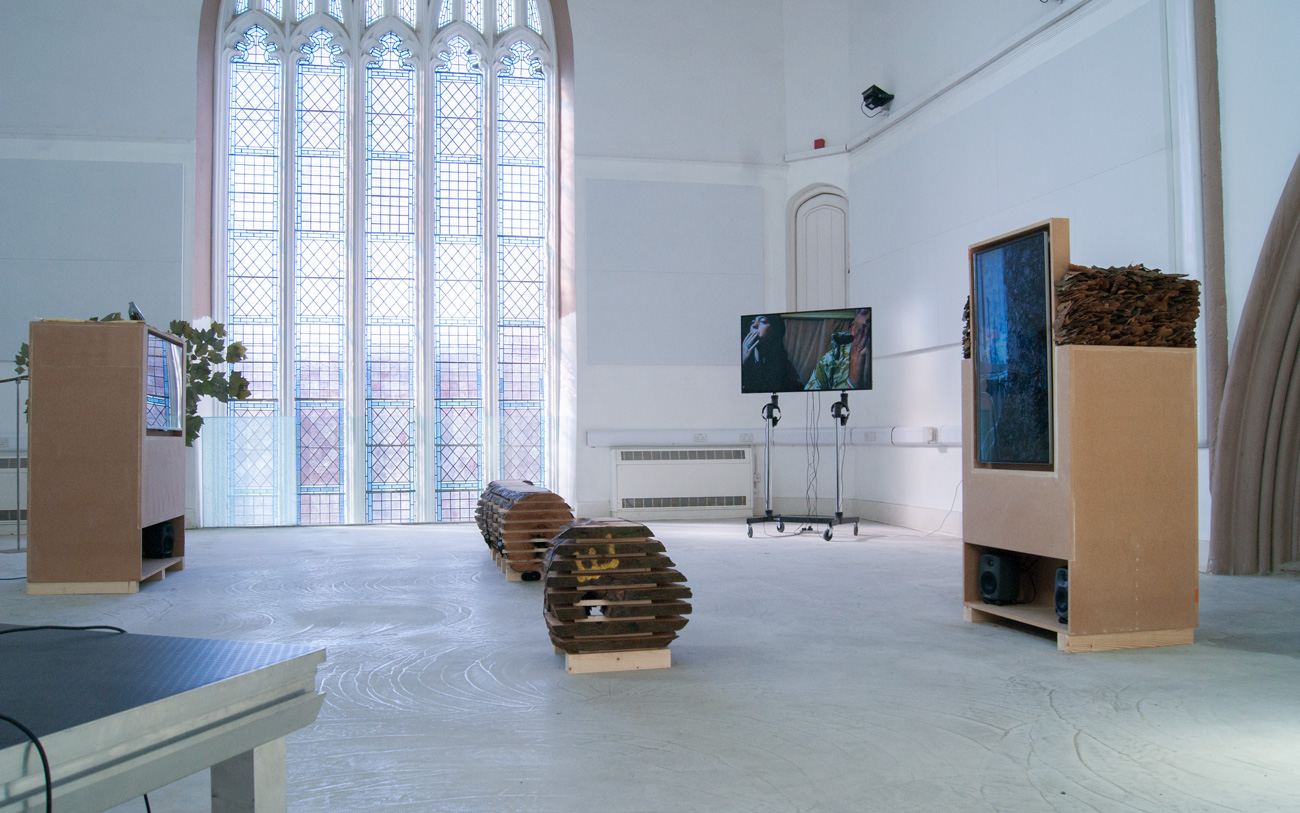 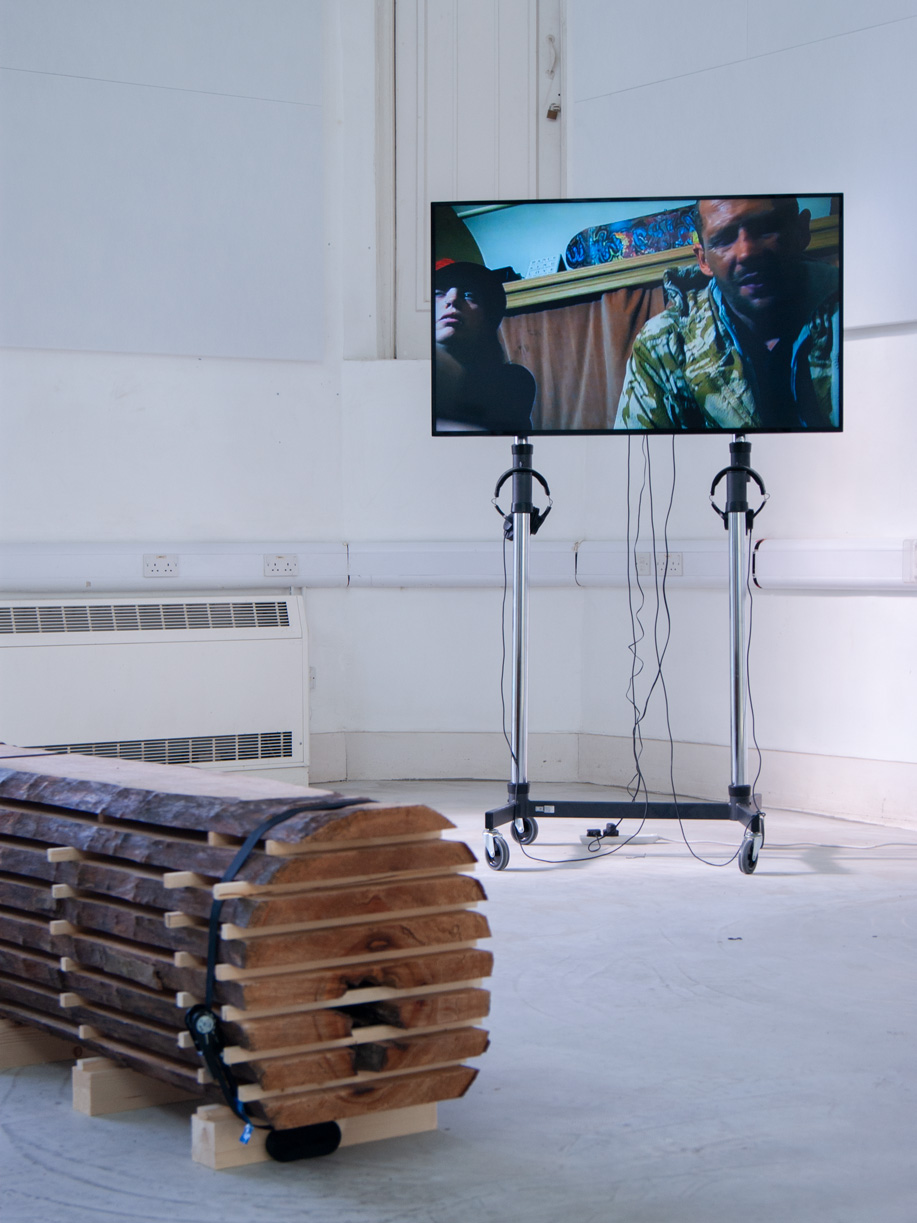 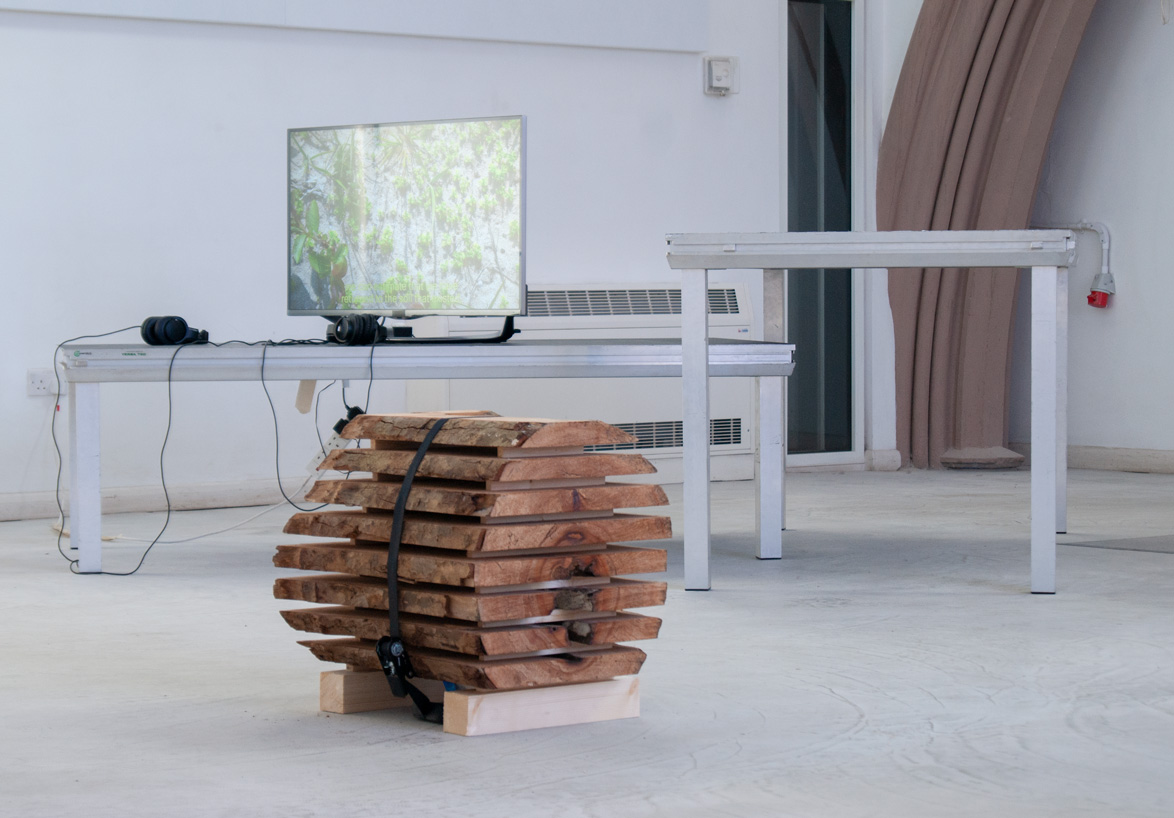 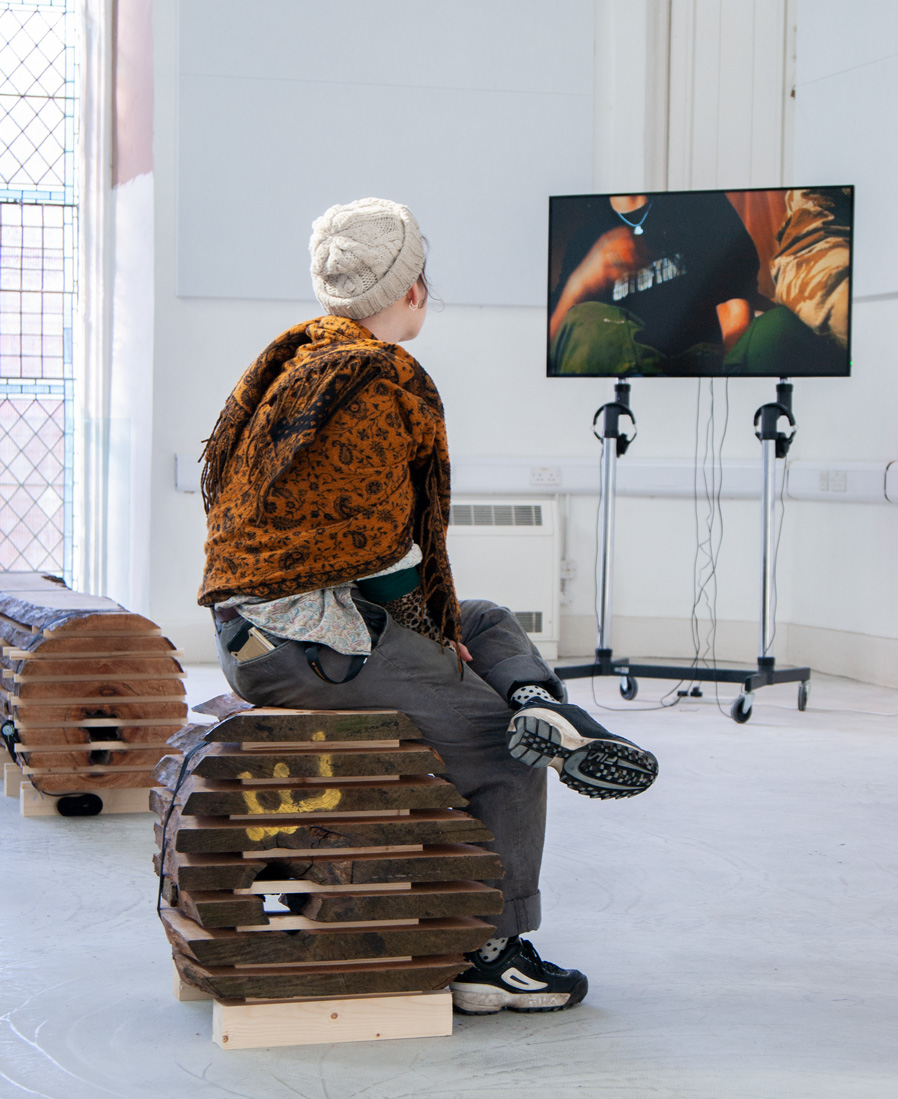 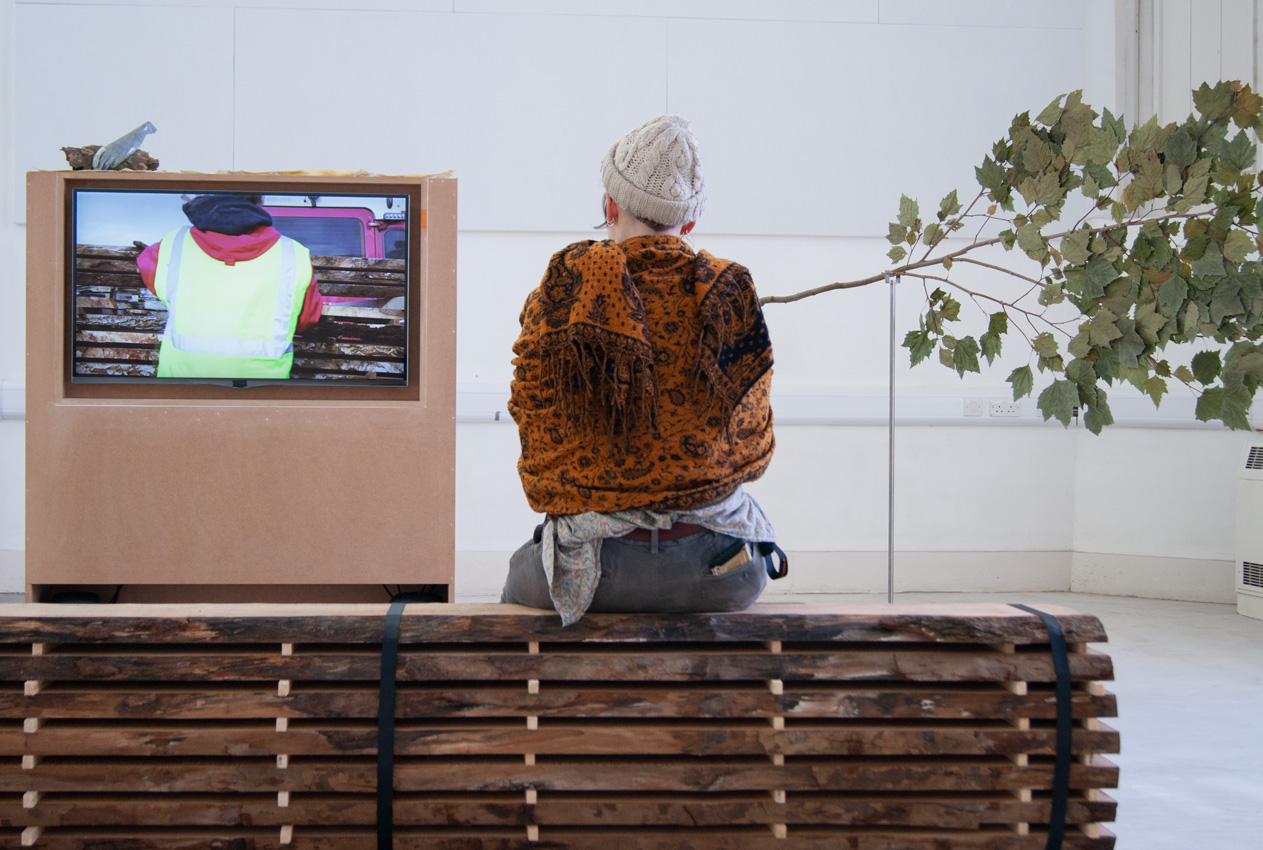 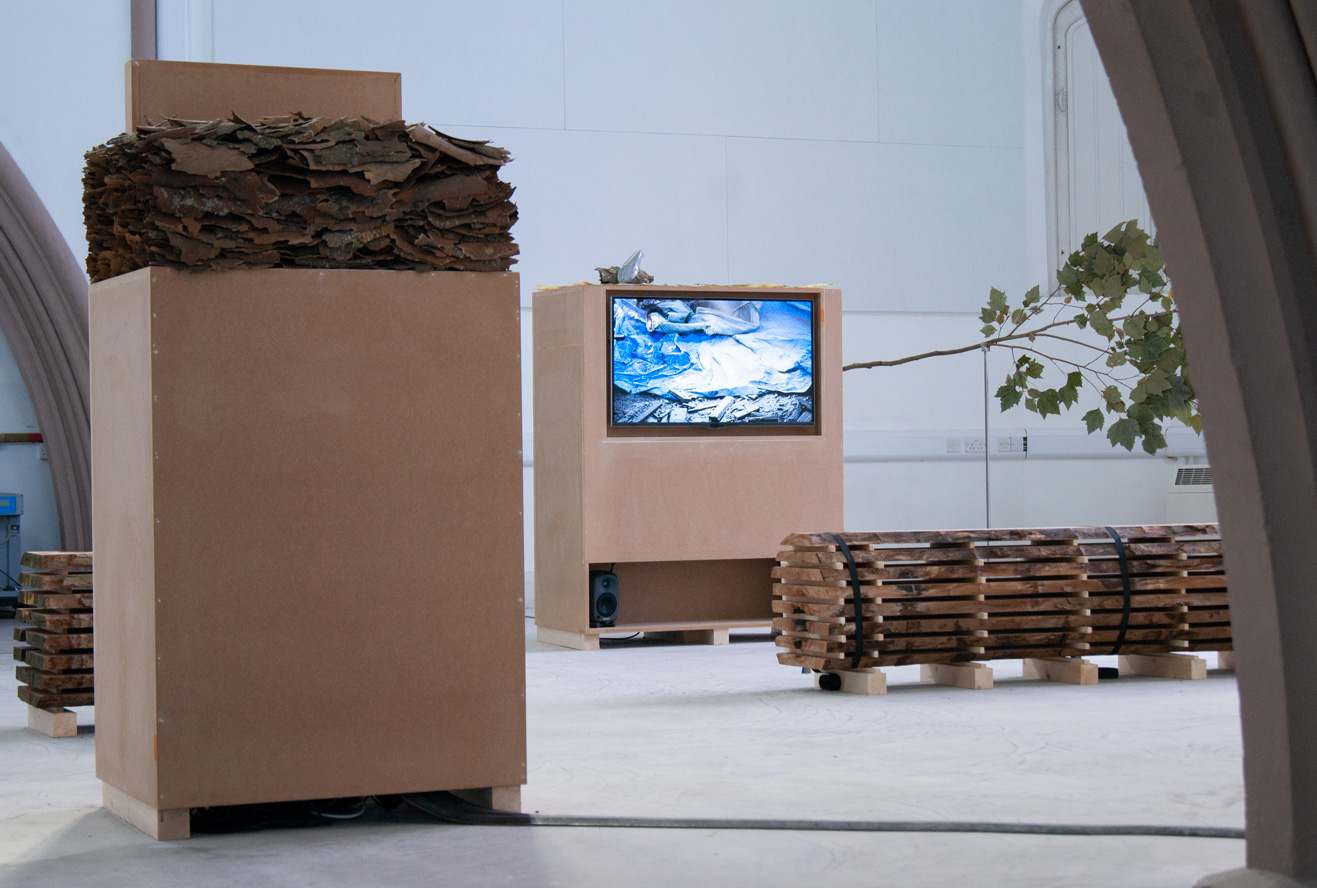 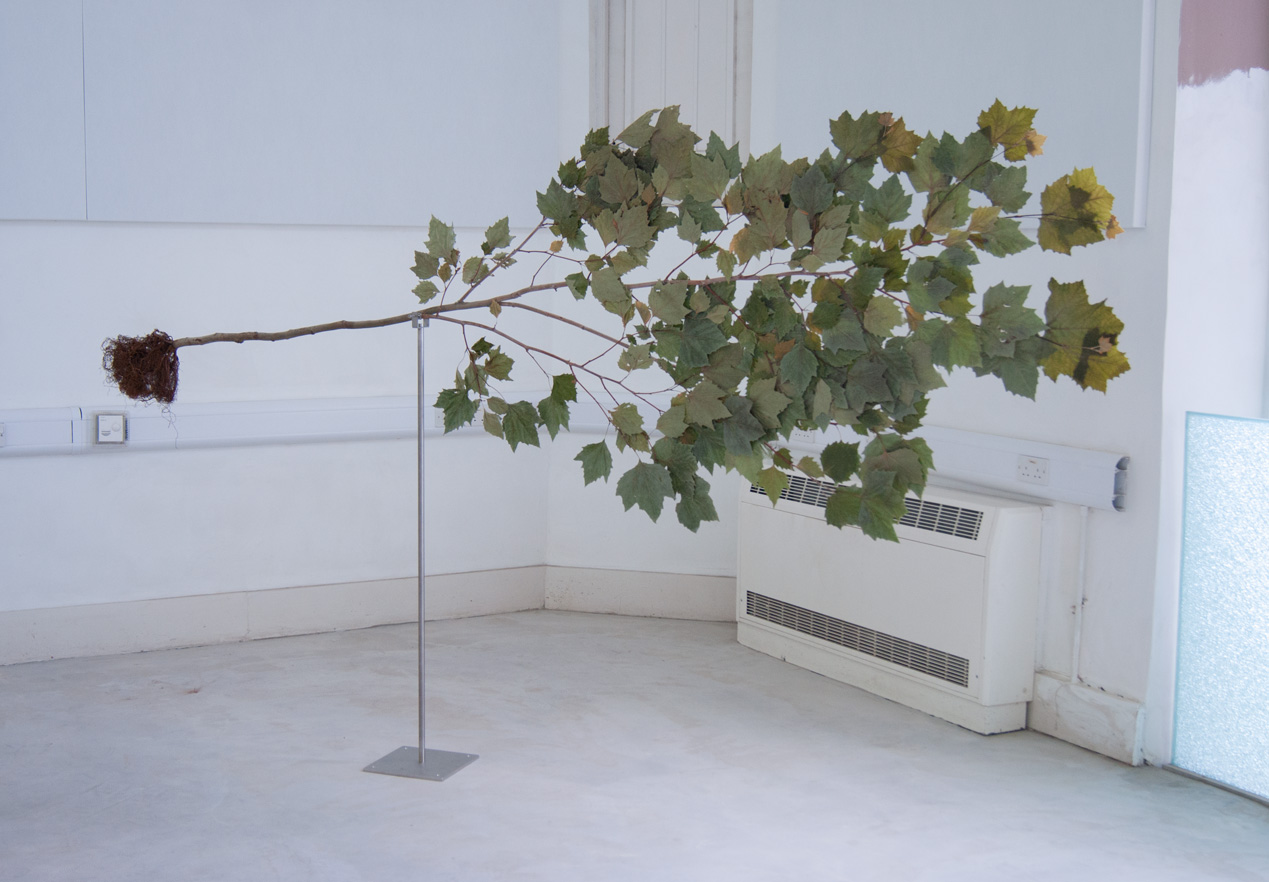 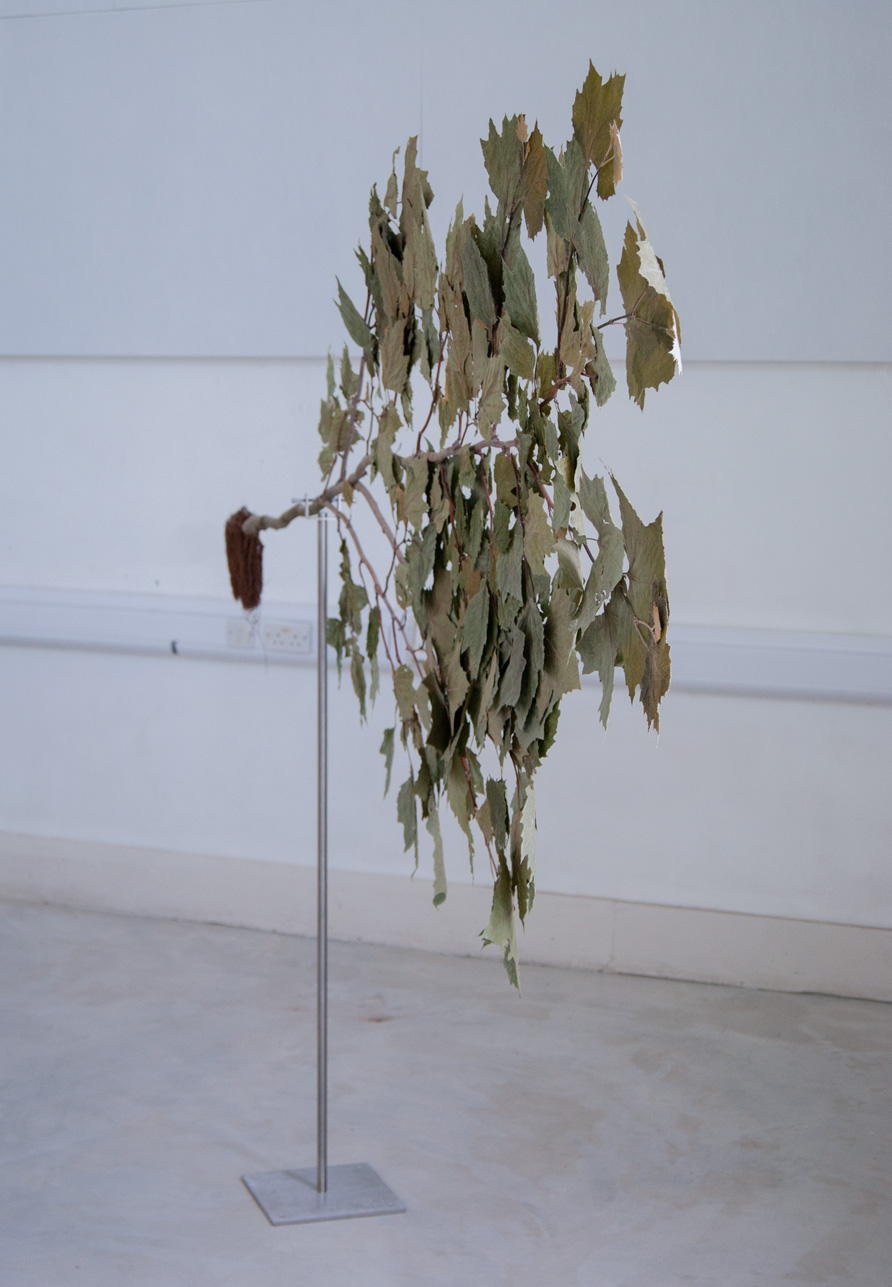 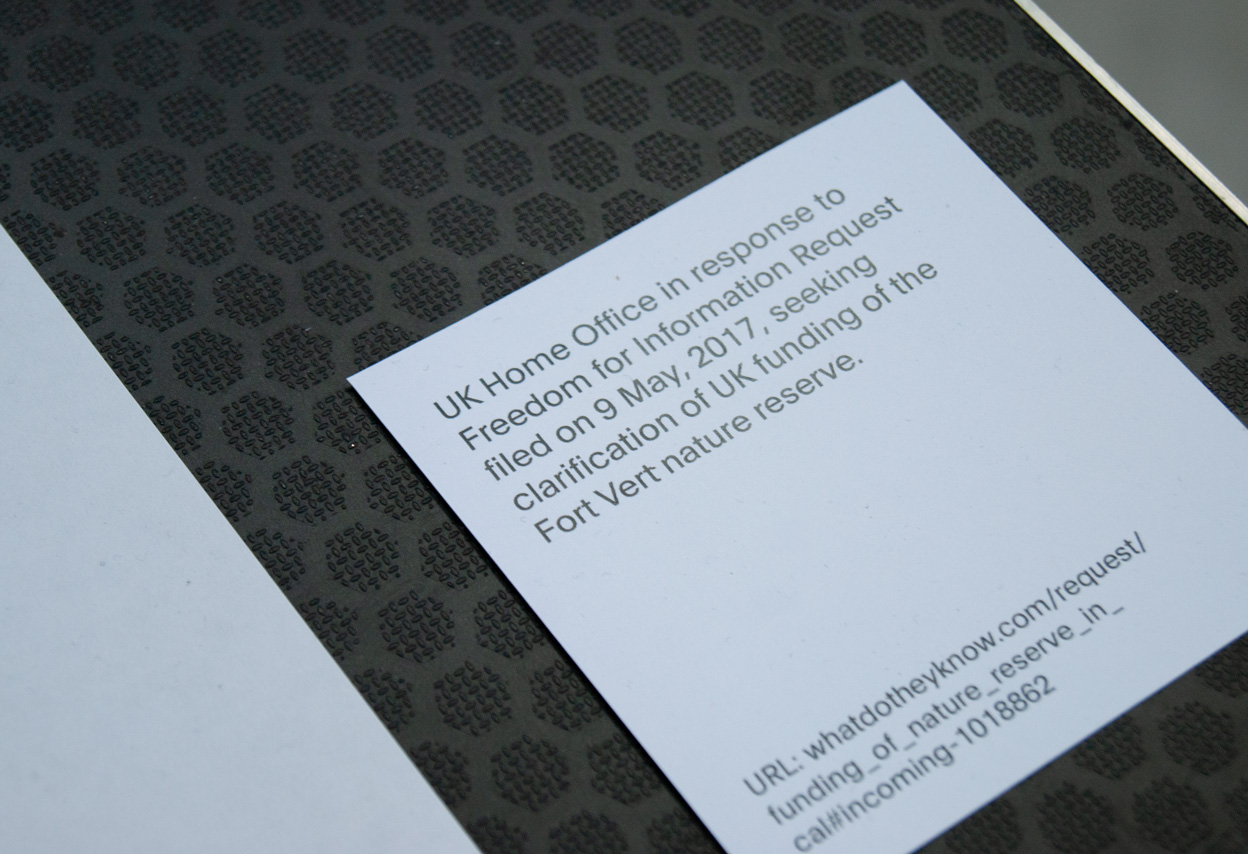 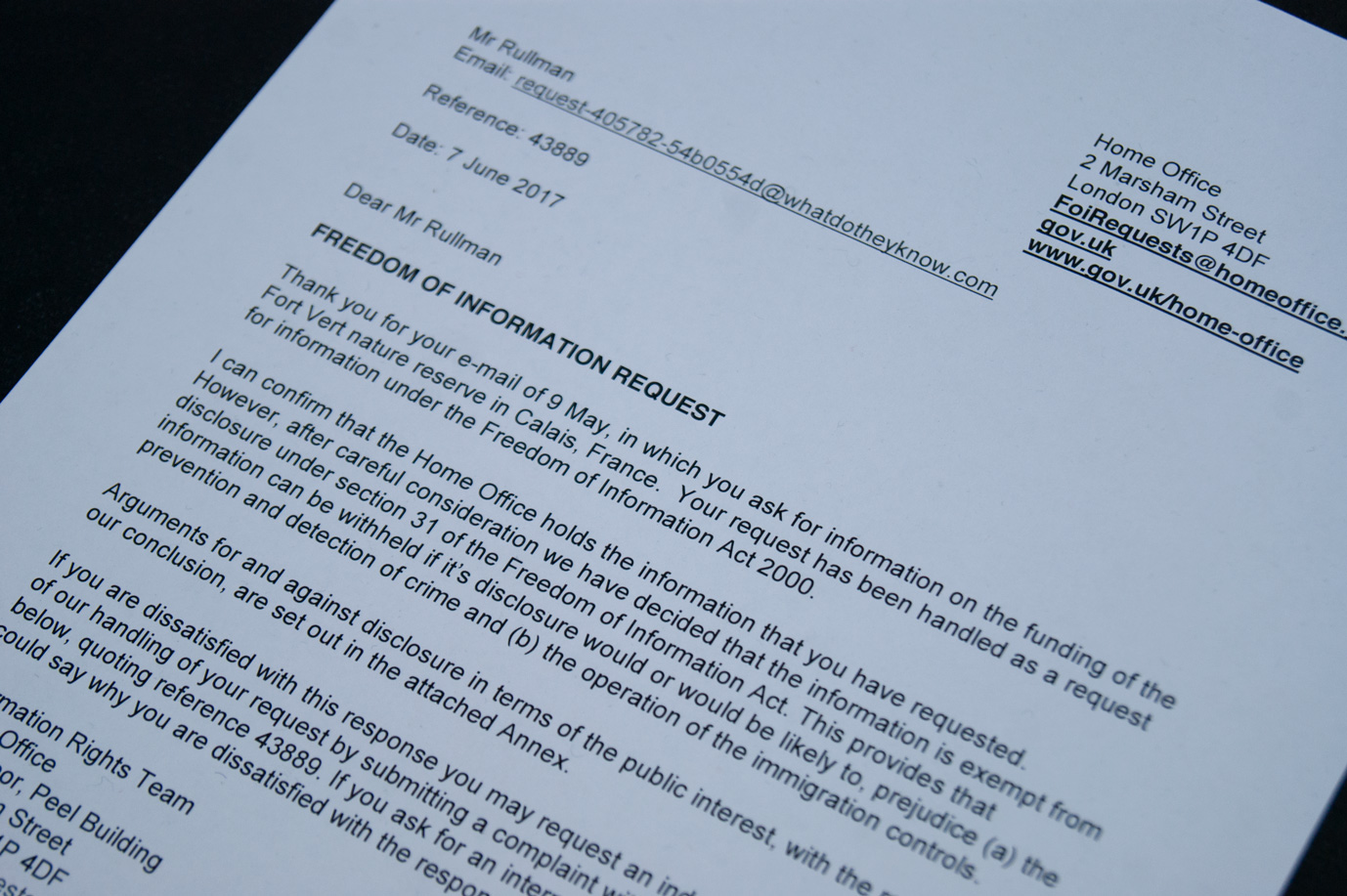 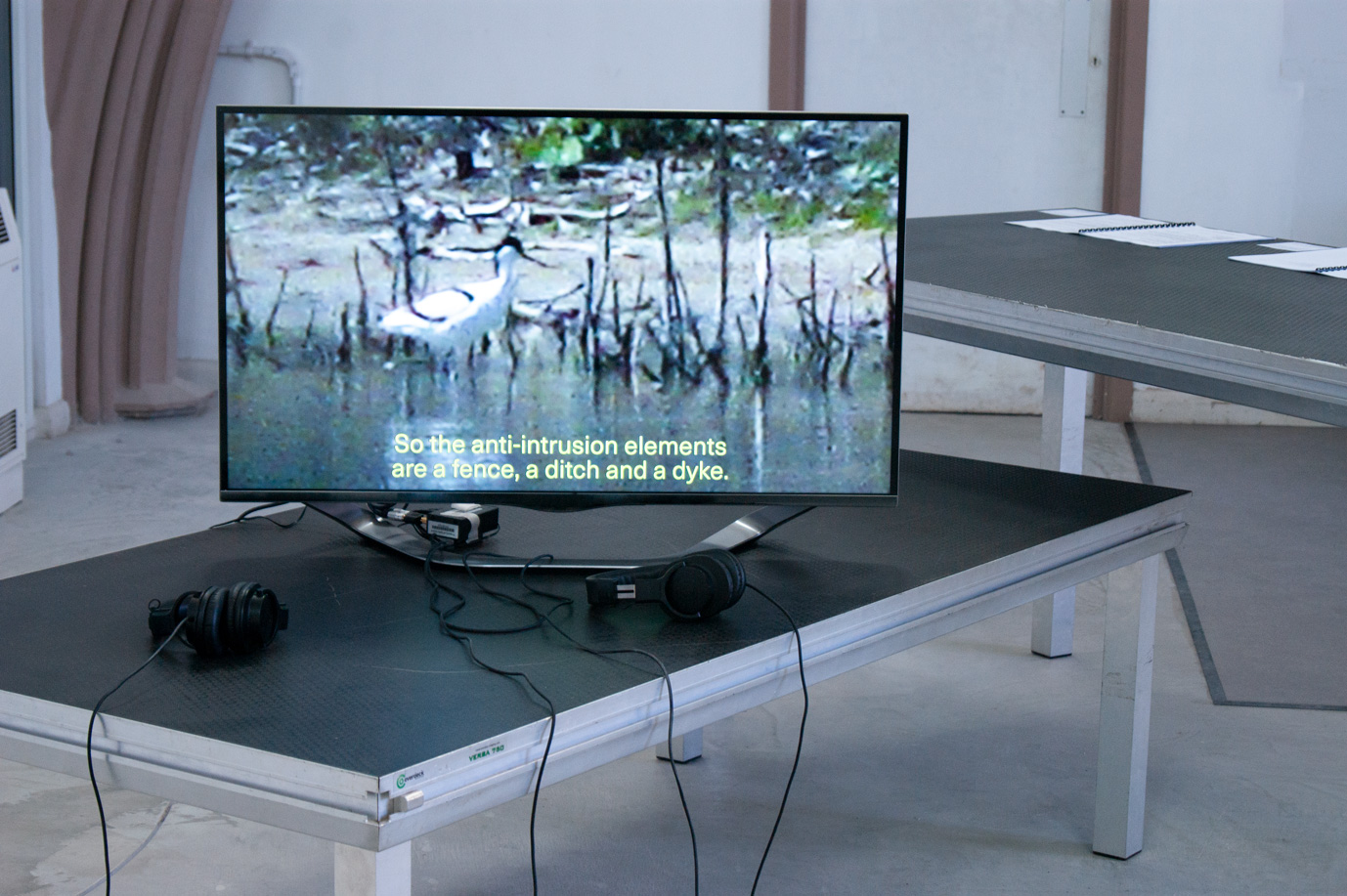 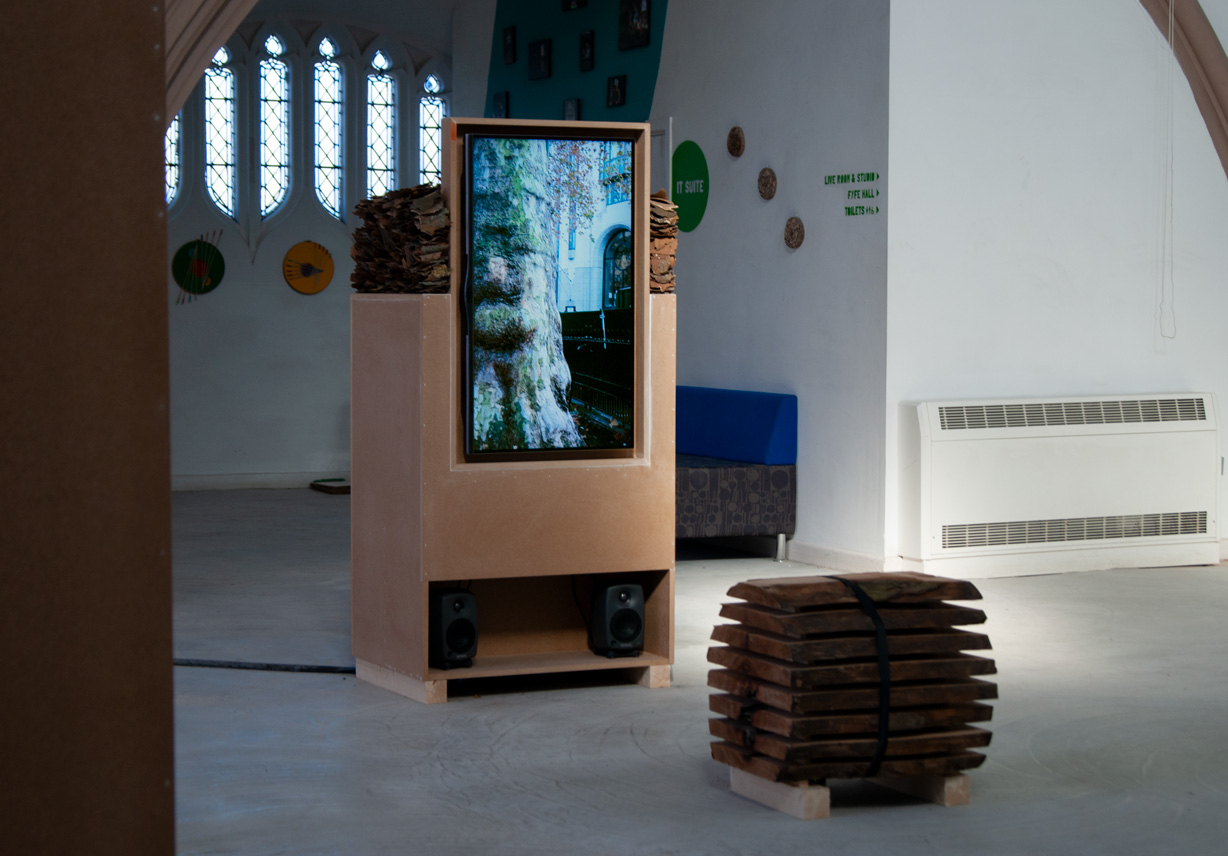 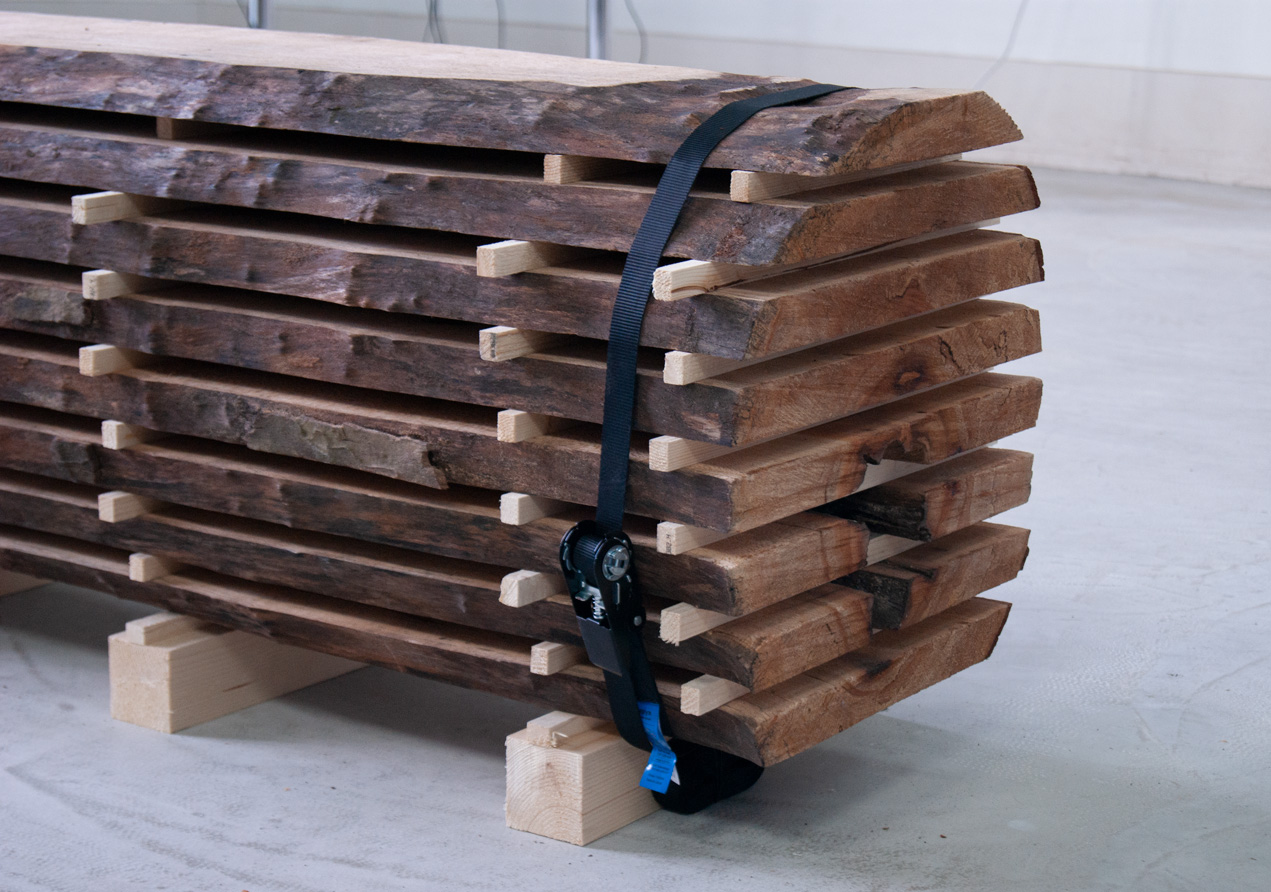 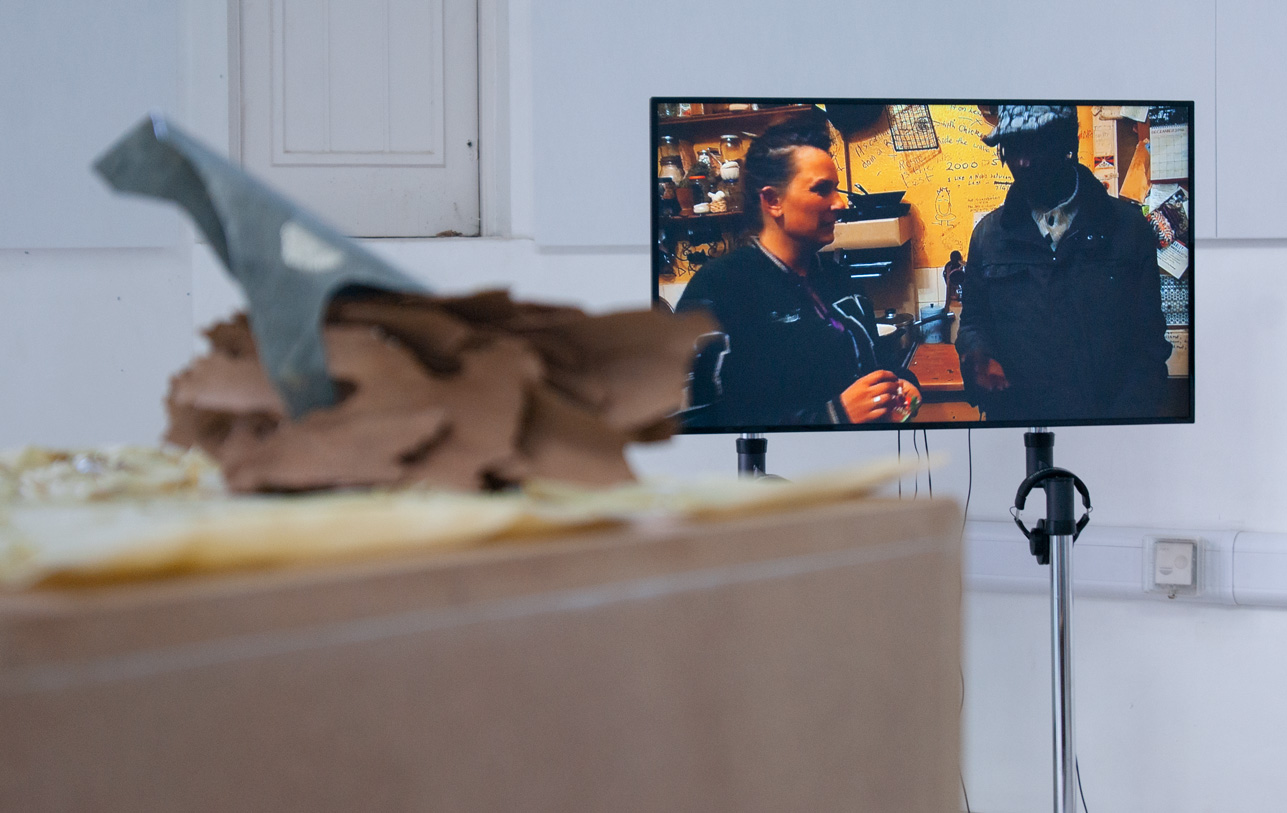 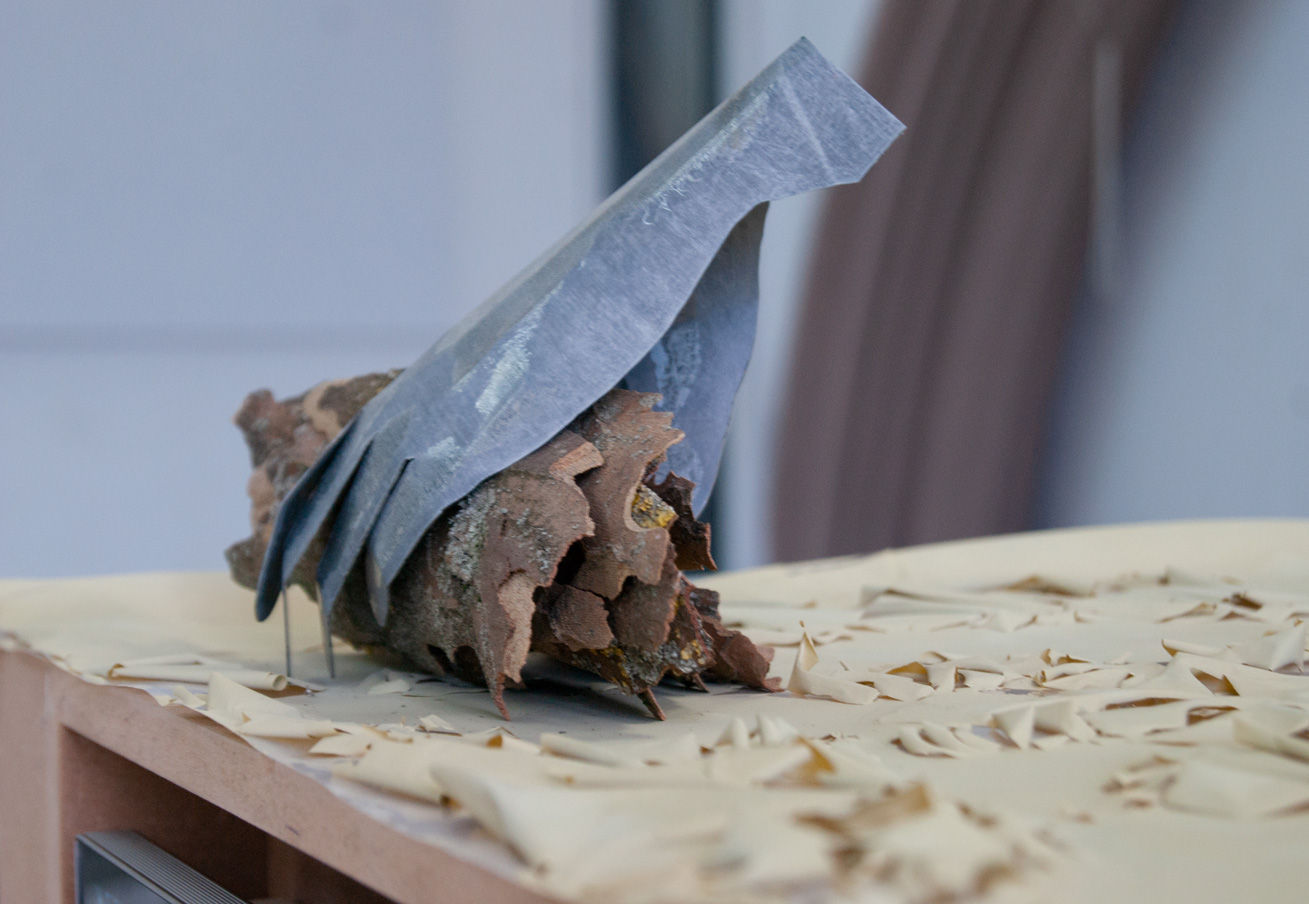 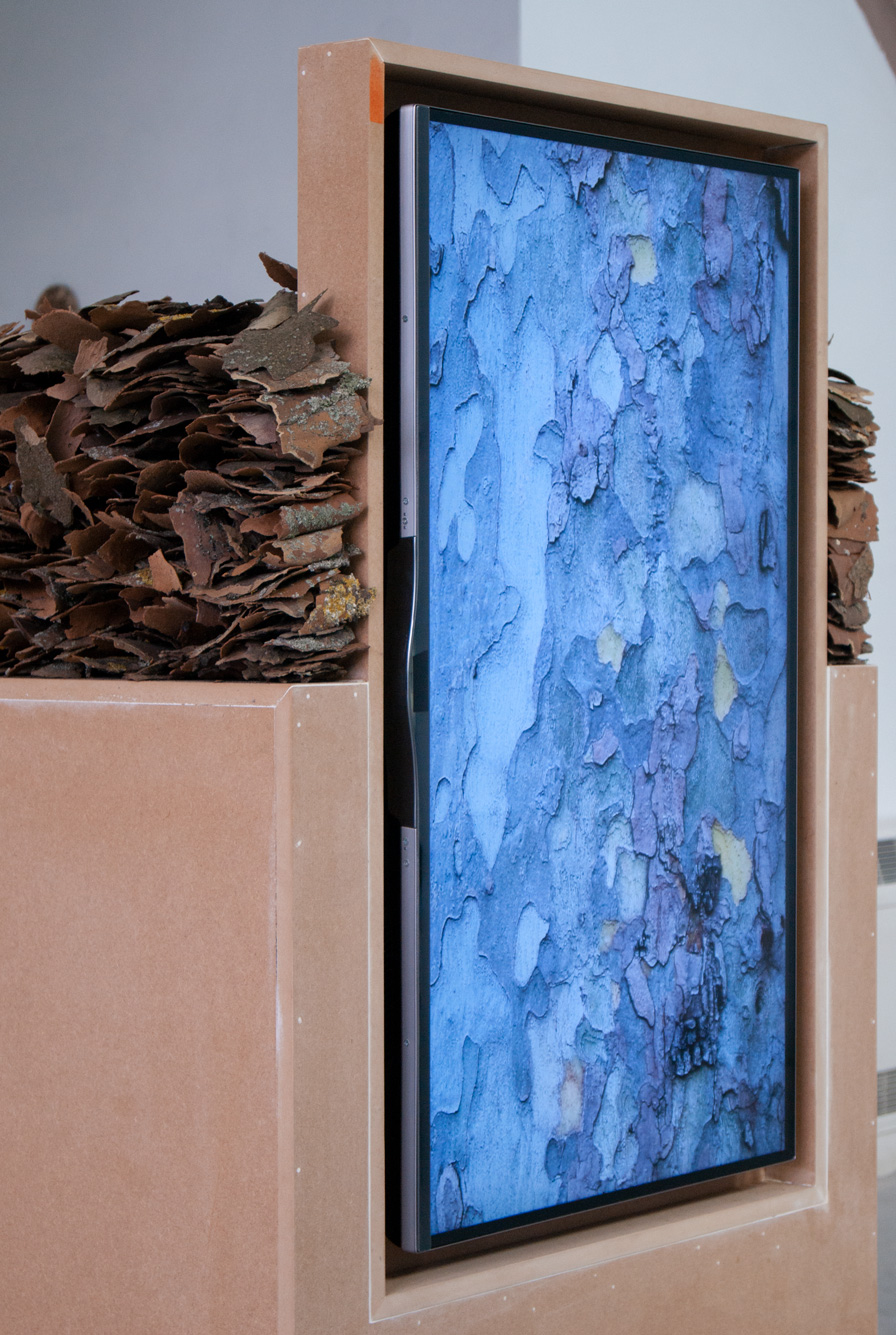 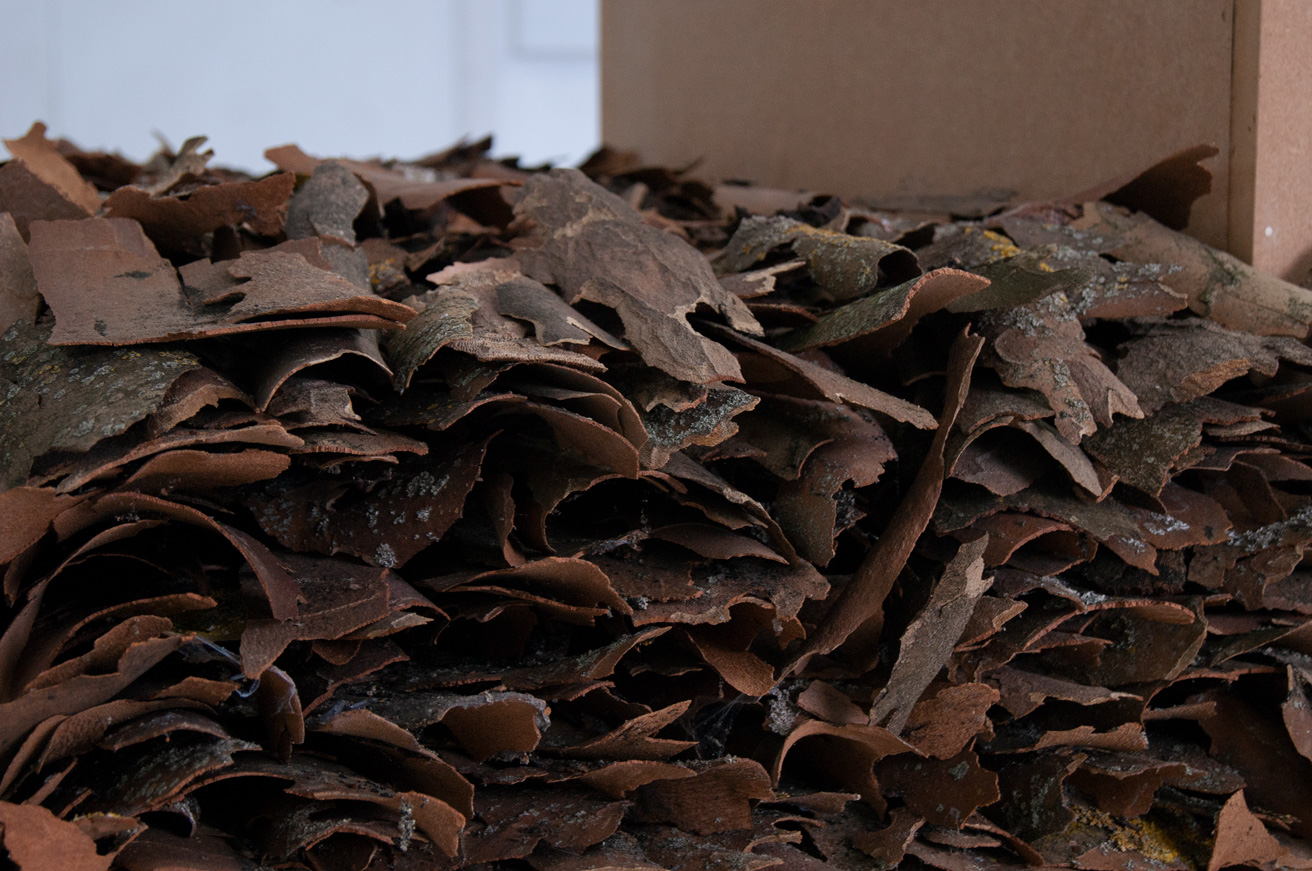 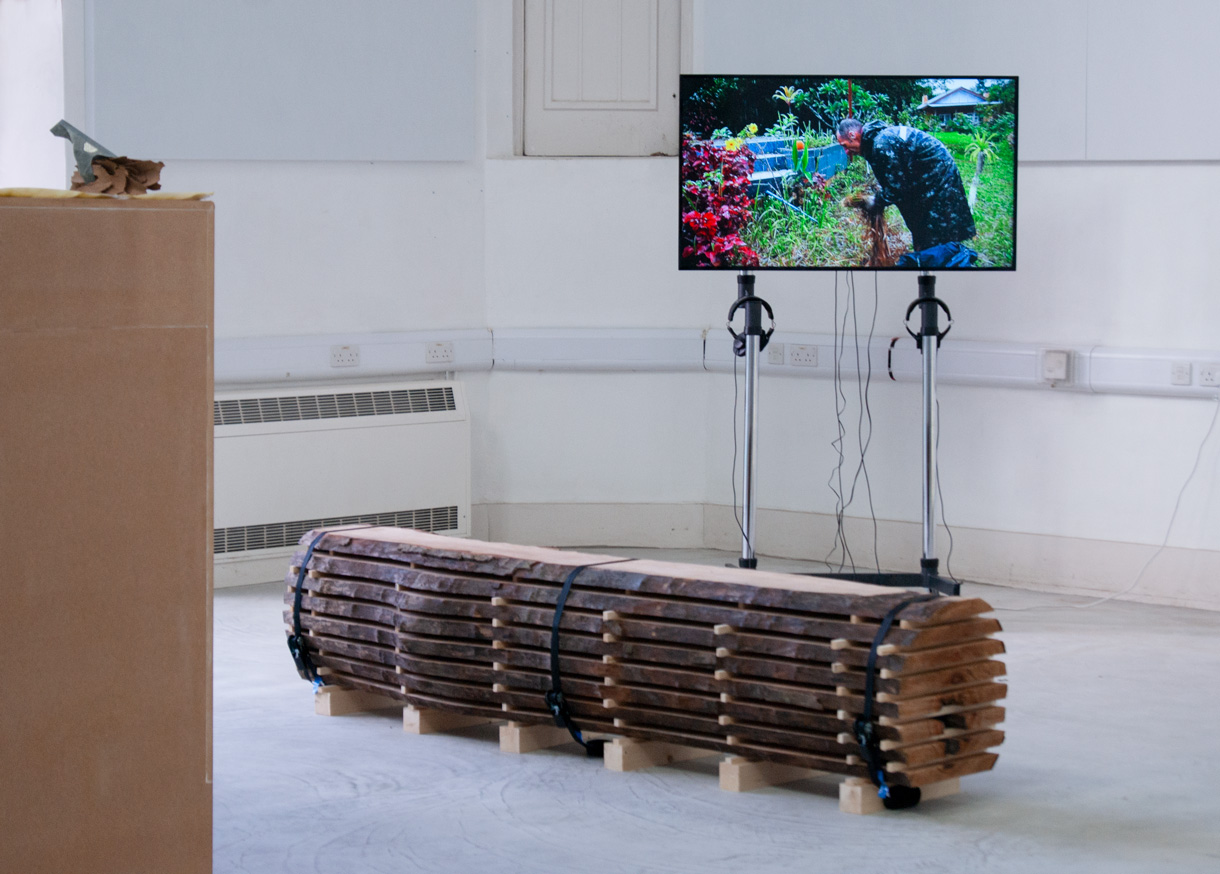 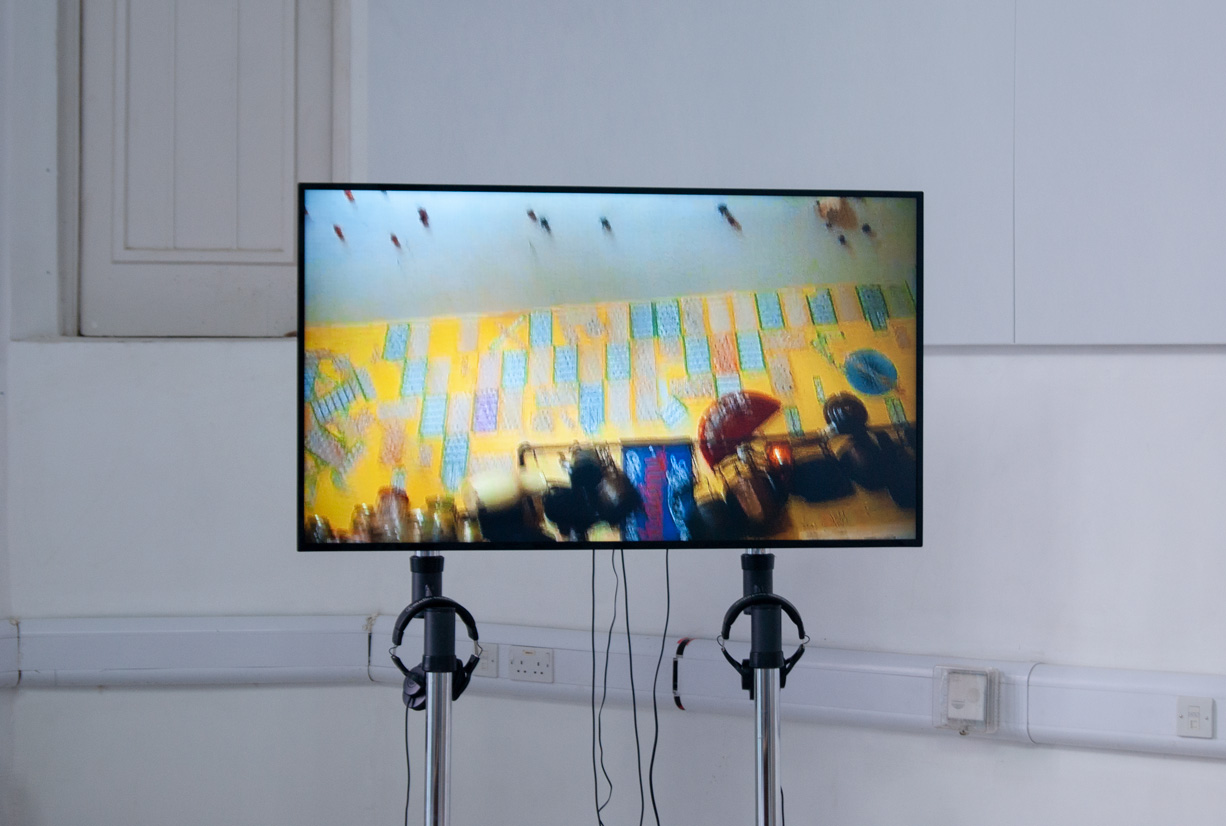 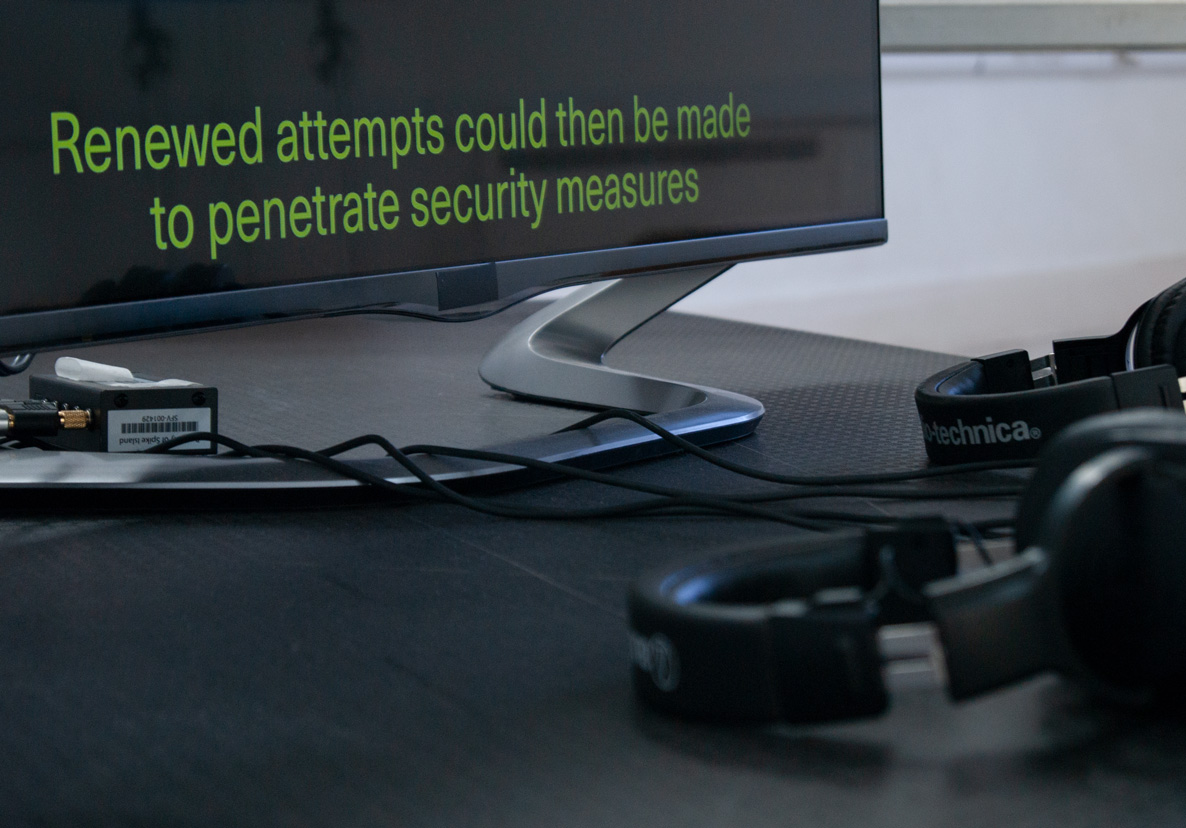 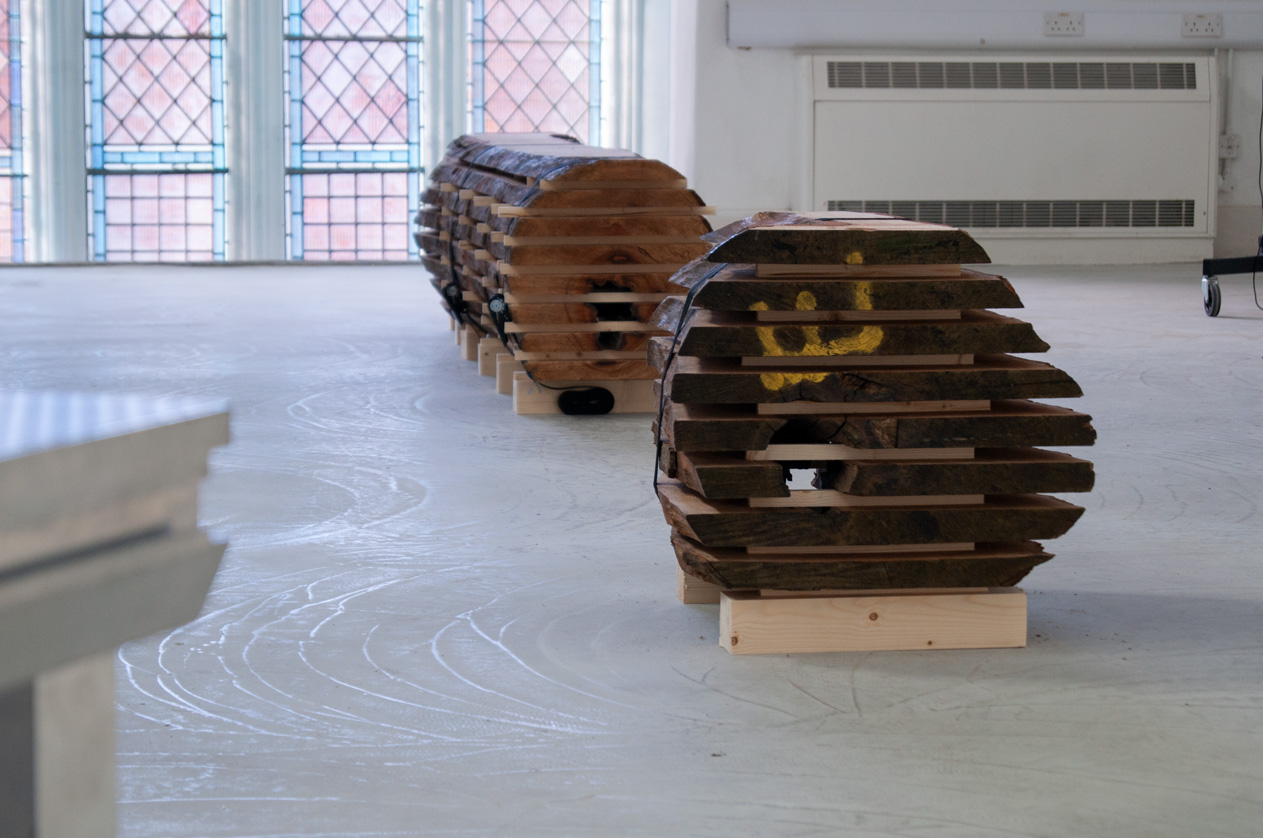 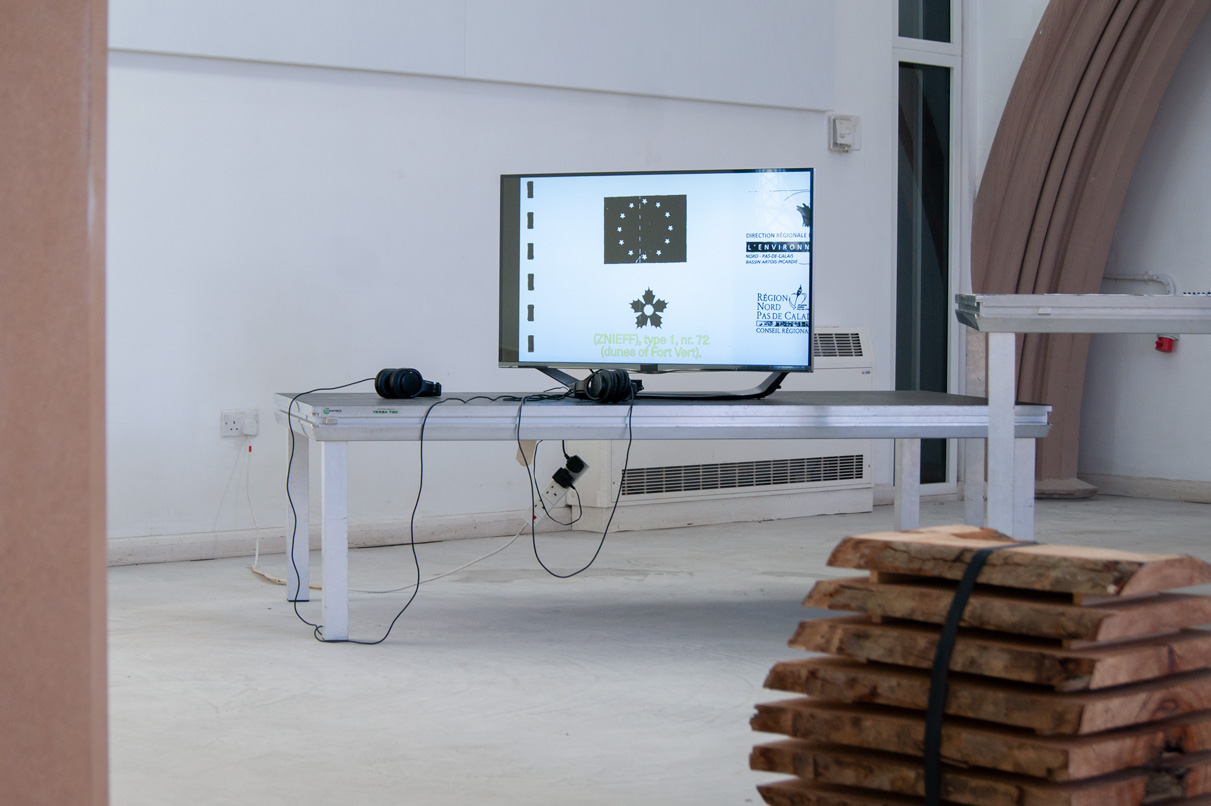