from soapbox derbies and dropping polos in church, to volcano landscapes and hot athenian feet – ebc014 saw artists megan (bristol/wales), mitra (los angeles) and sarah (london/leeds) virtually connecting. for the exhibition, sarah showed a series of consoles or desks with collected tactile objects of similar colour, as well as a series of bespoke fragrances that were emitted into the gallery. mitra’s work consisted of a series of moving image works, including one where she collects rubbish around los angeles, shoving it down her leggings and top. meanwhile megan exhibited a large satellite dish structure held in place by hair extensions. there was also an artist talk/tour of the exhibition as part of the programme. 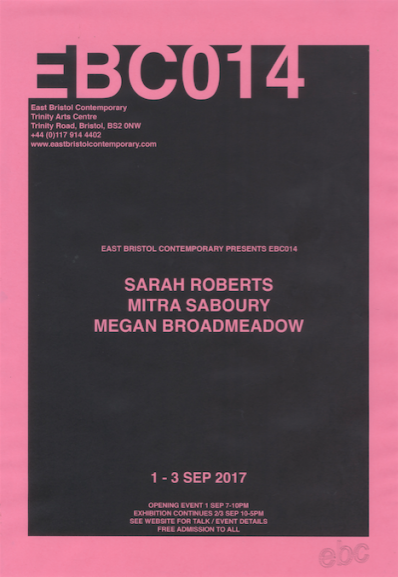 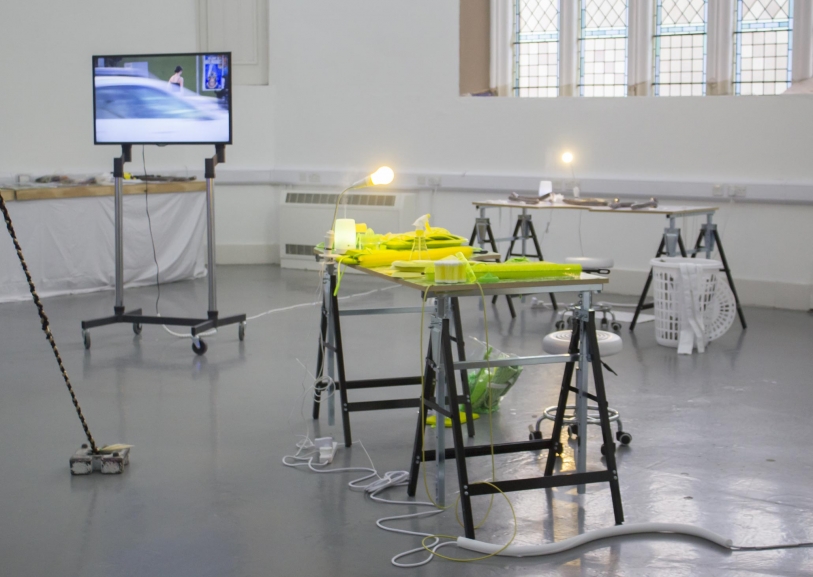 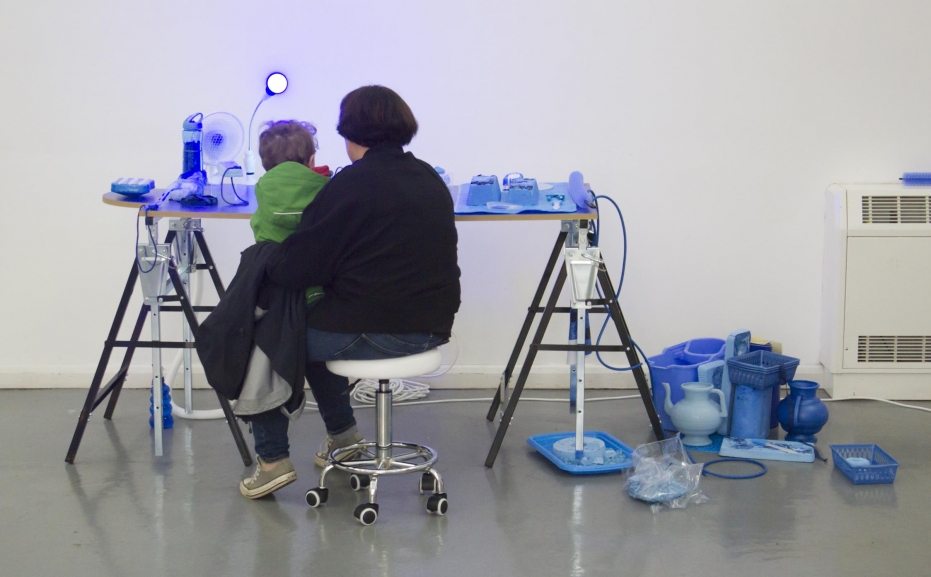 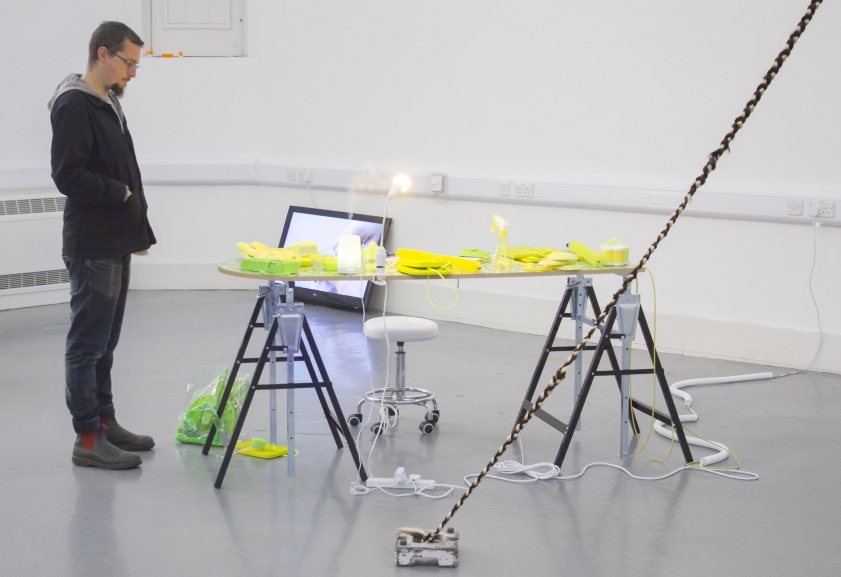 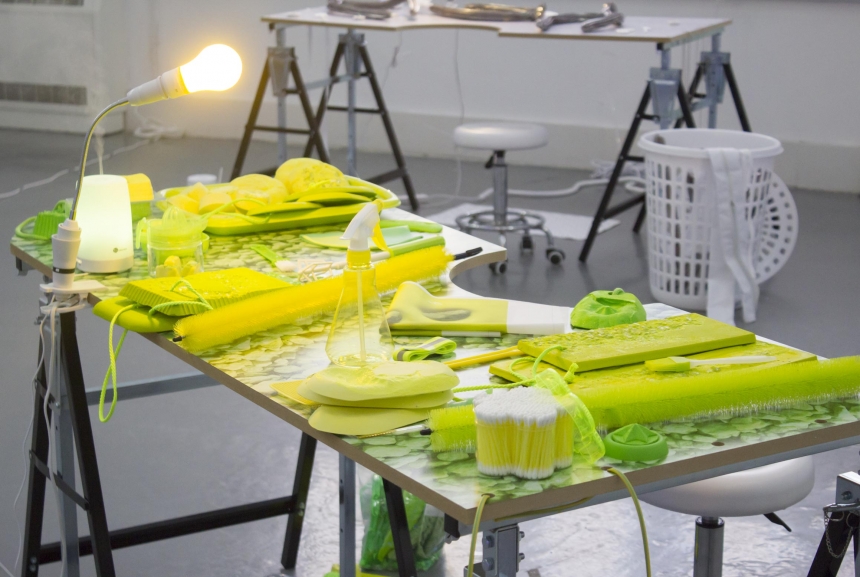 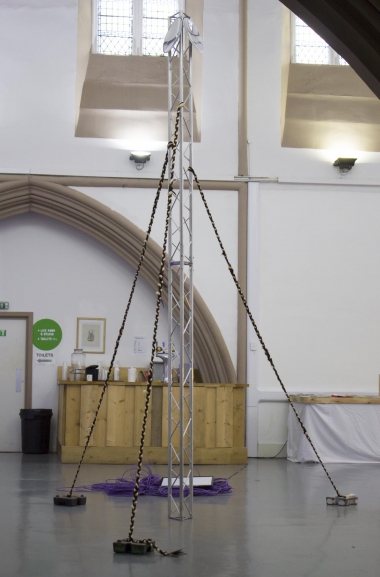 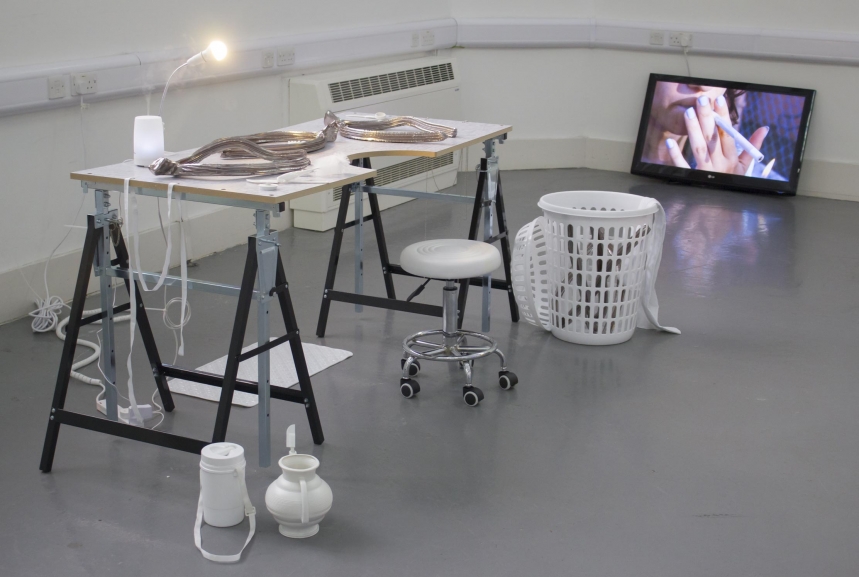 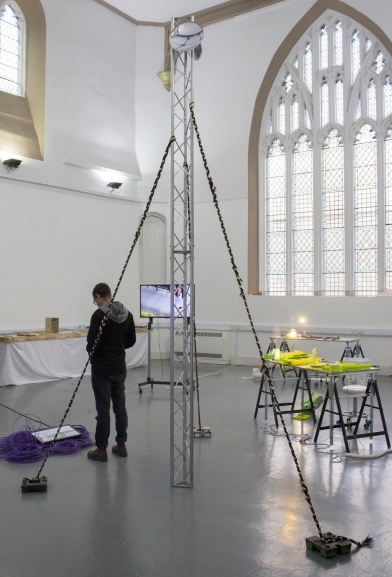 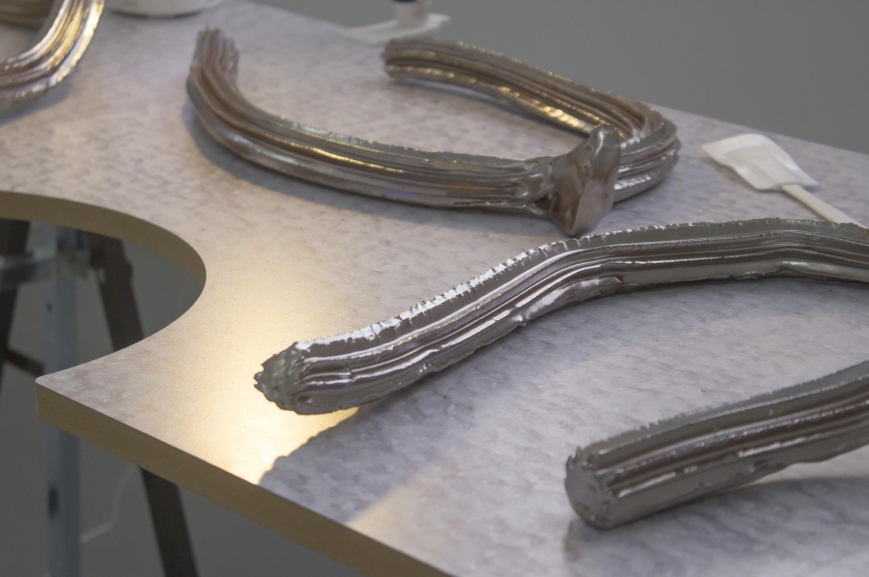 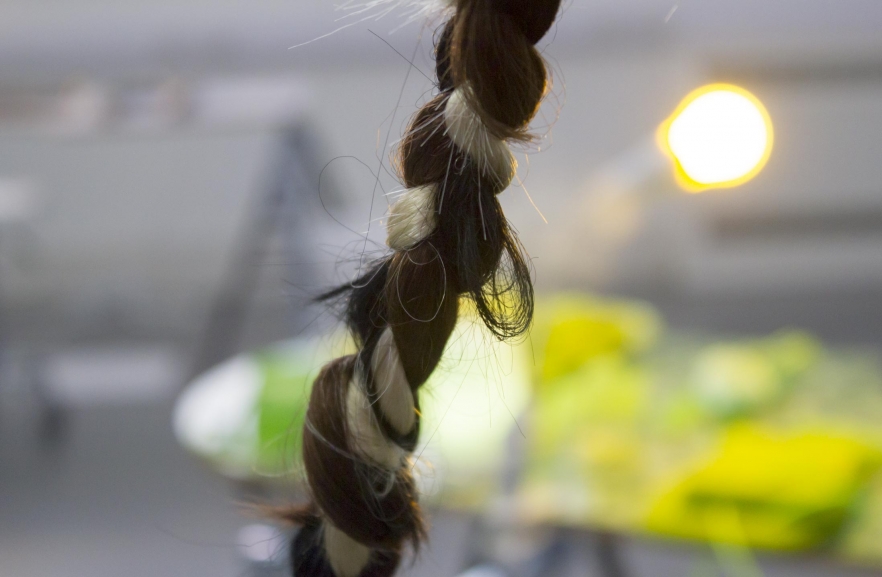 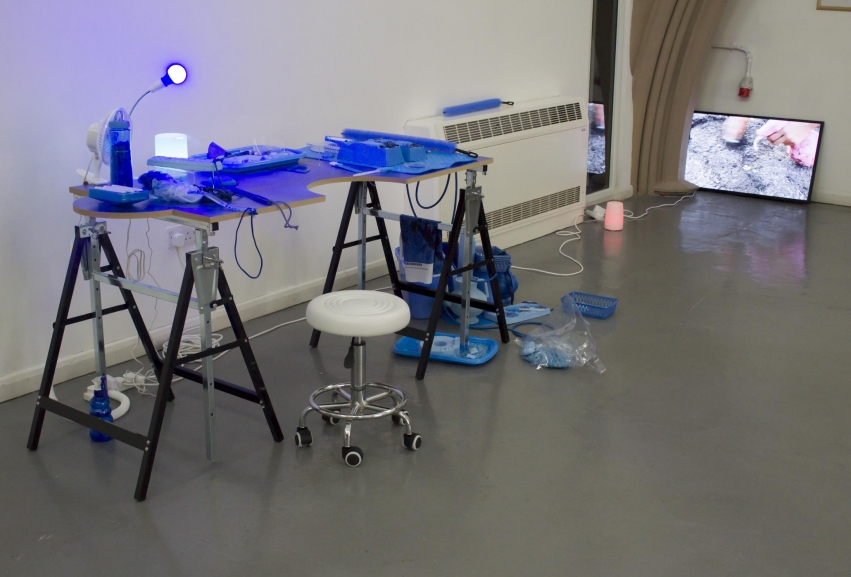 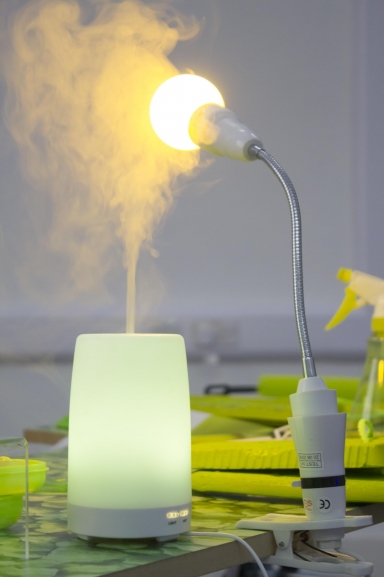 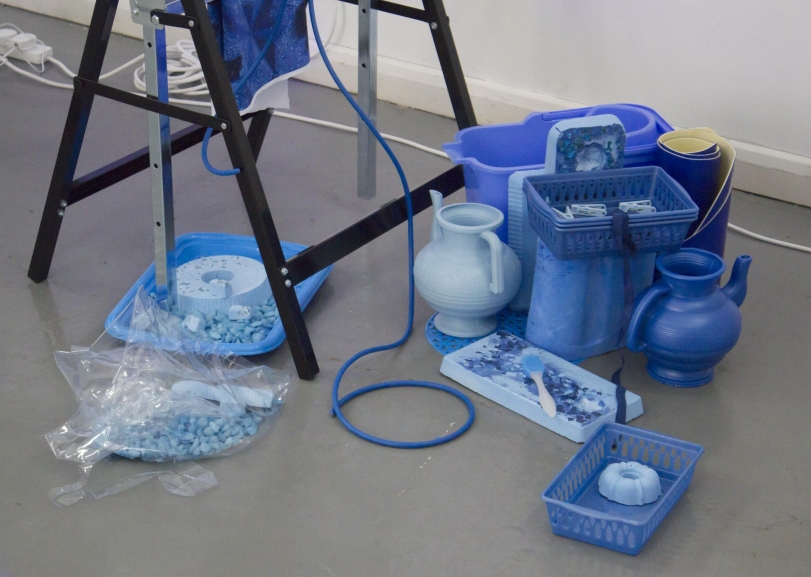 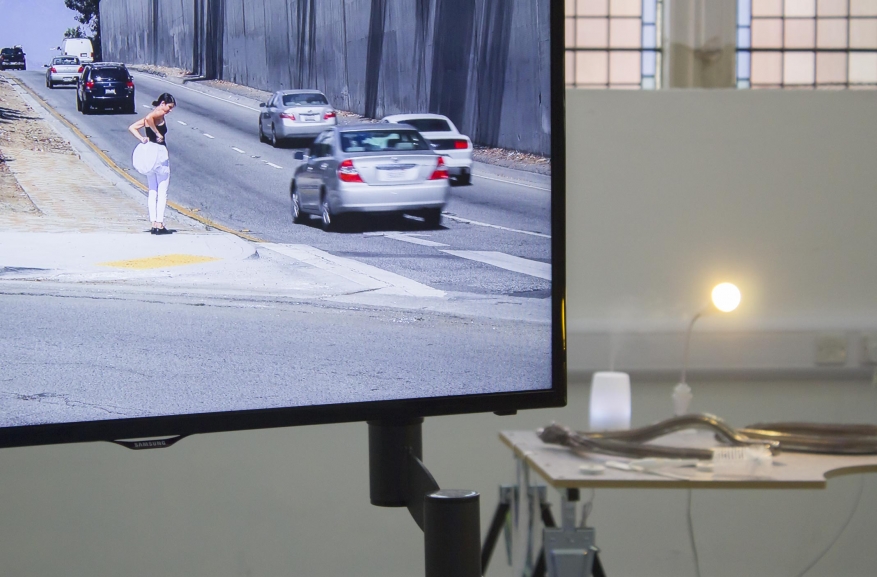 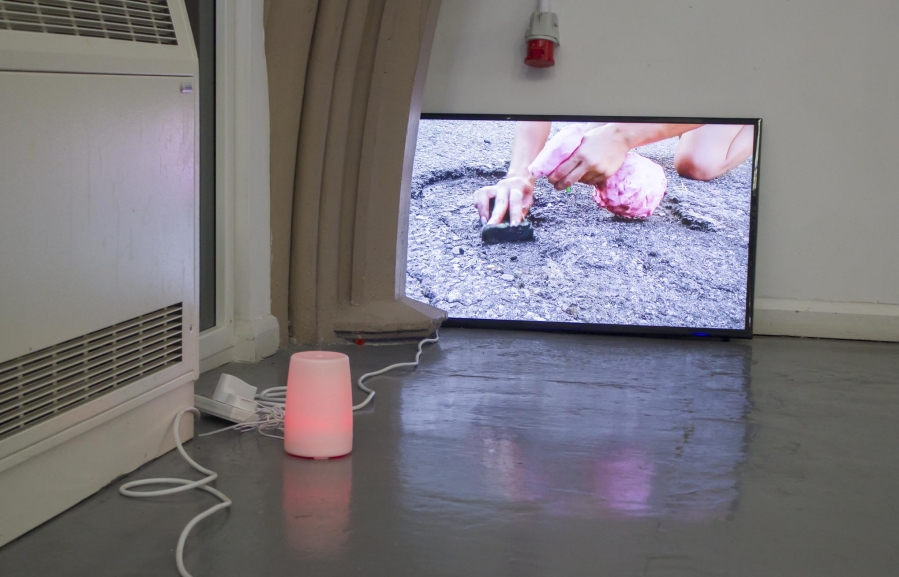 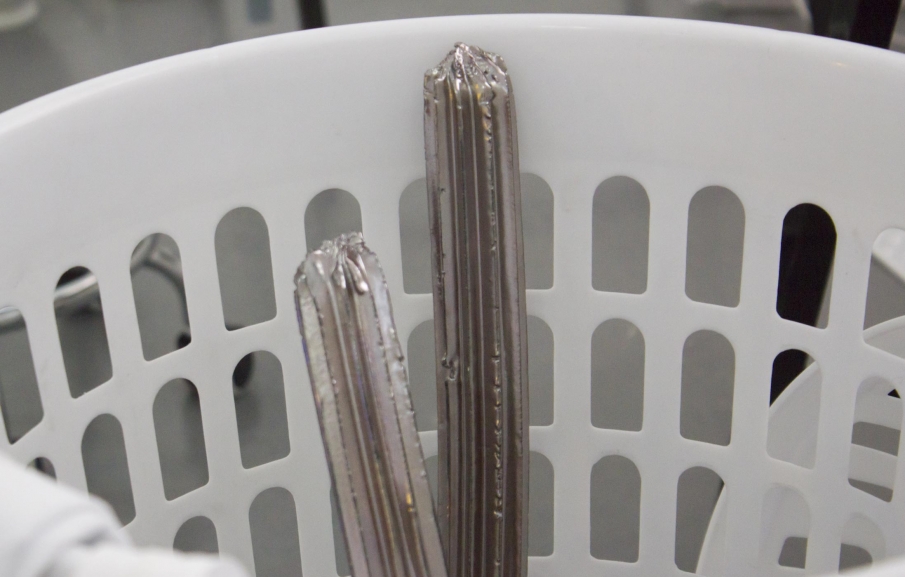 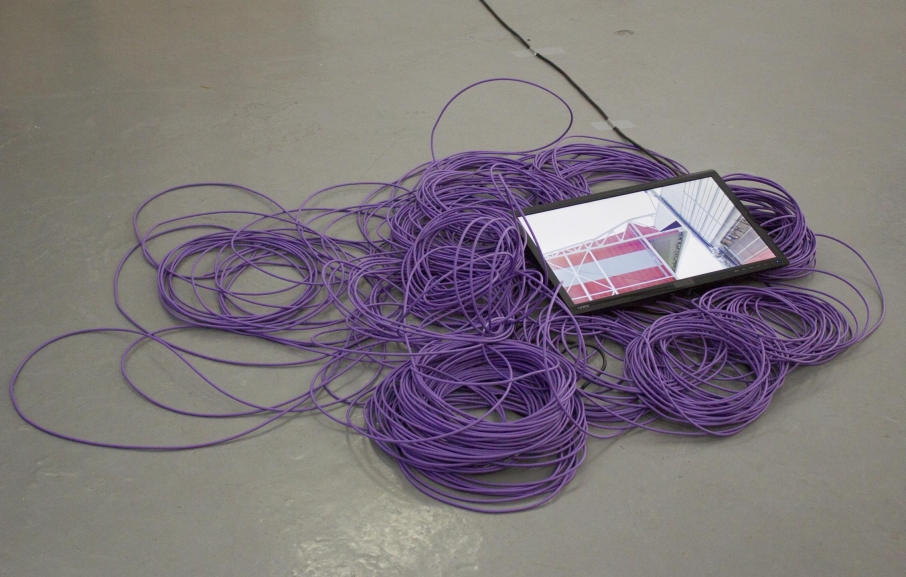 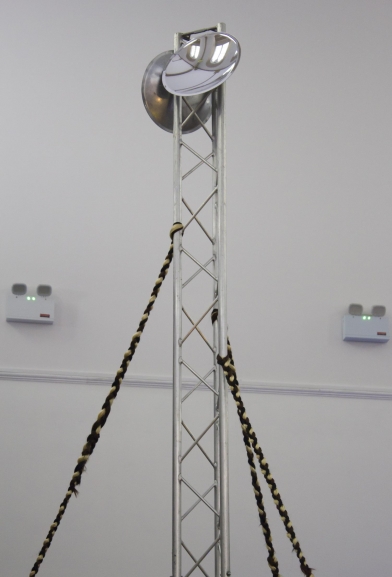 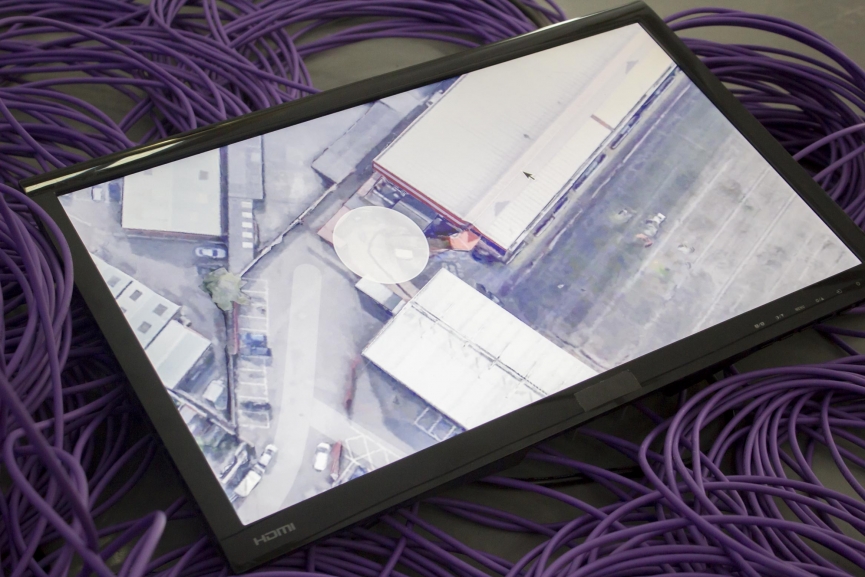 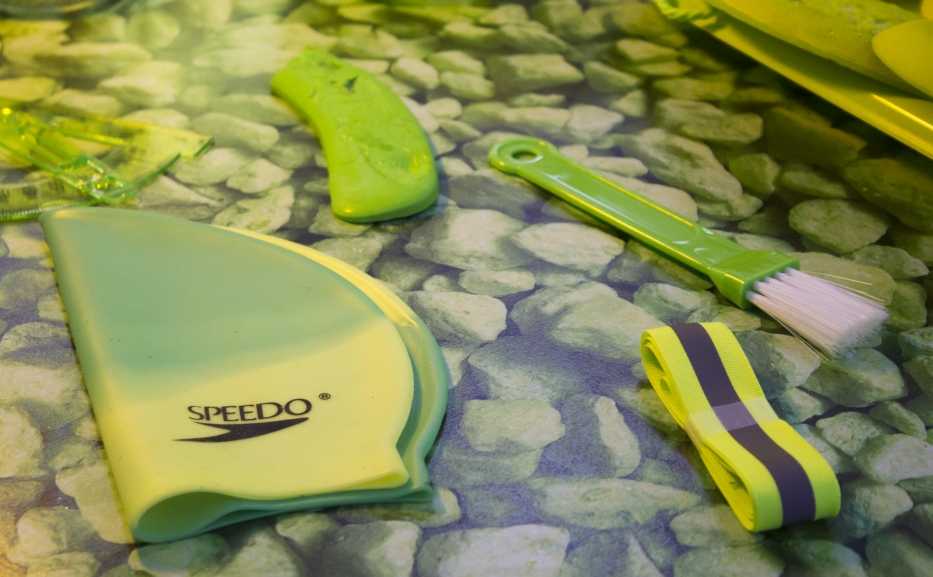