ebc012:lyin’ featured work by members of two queens’ (leicester) associate artist scheme, and was curated by two queens in partnership with ebc. the exhibition was themed around telling lies, and included a large totem by jack, a sculpture and display print by steven, a painting and applied wall text by emma, printed text and postcards by sam, and a pillow and ipad moving image work by anoushka. a partnered exchange exhibition was held later at two queens by ebc artists called east midlands today. in addition, the exhibition included an artist talk/tour where the artists encouraged each other to lie about their work with the help of some joke shop glasses. 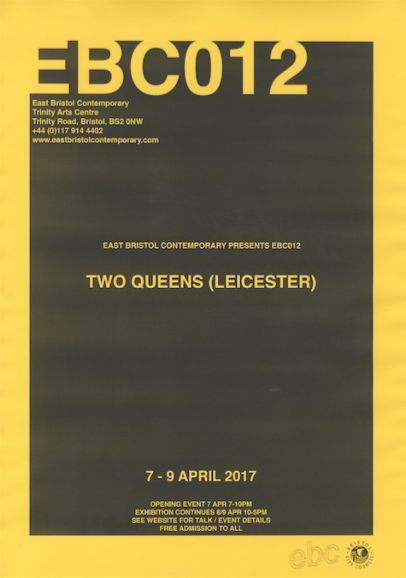 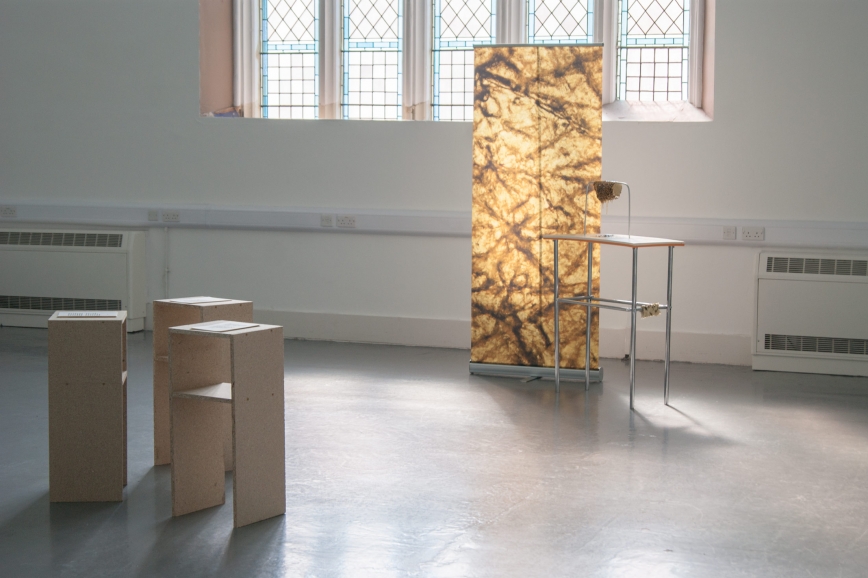 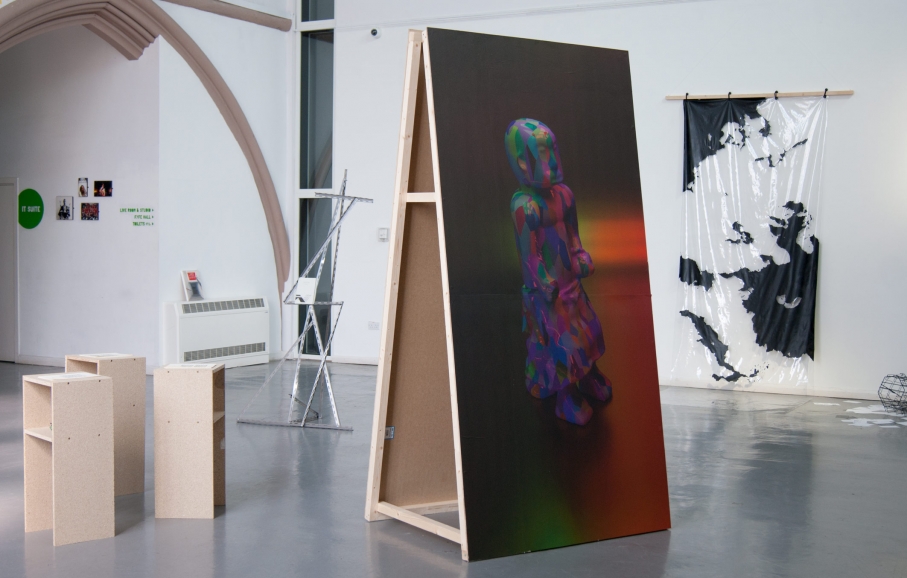 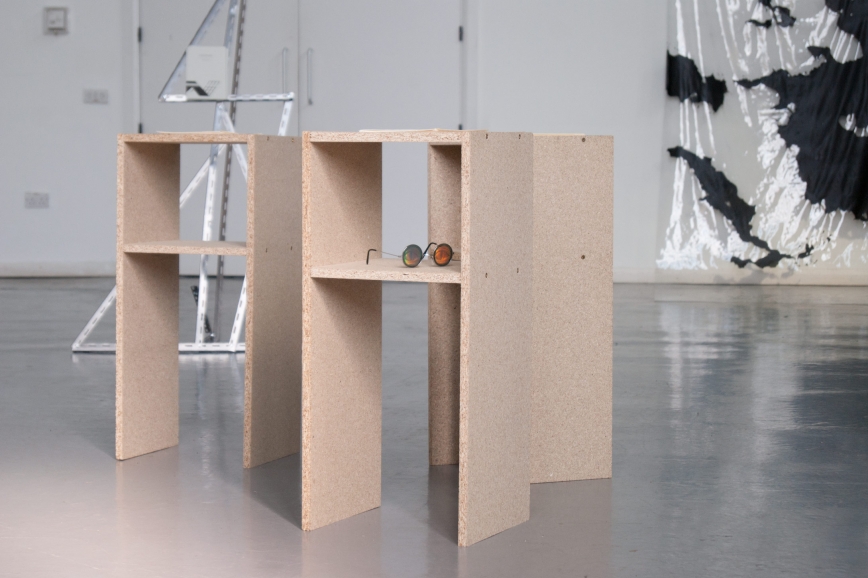 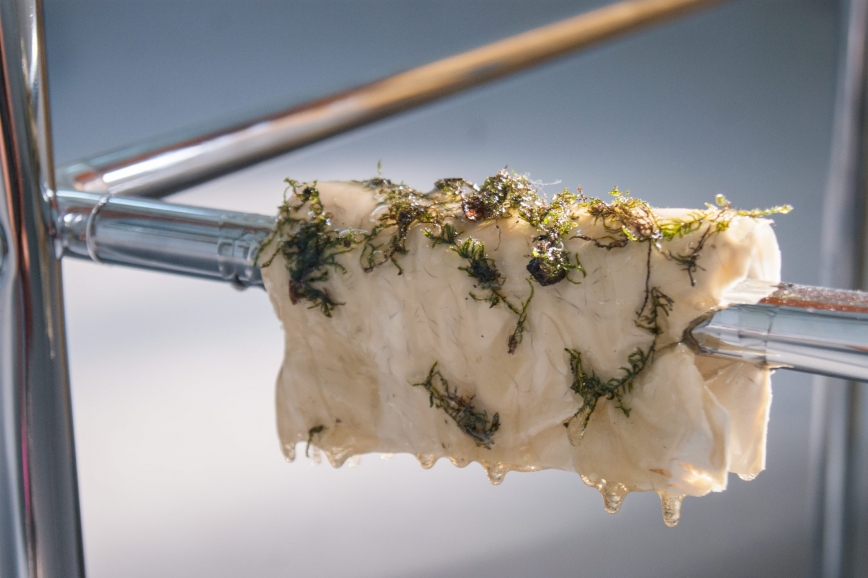 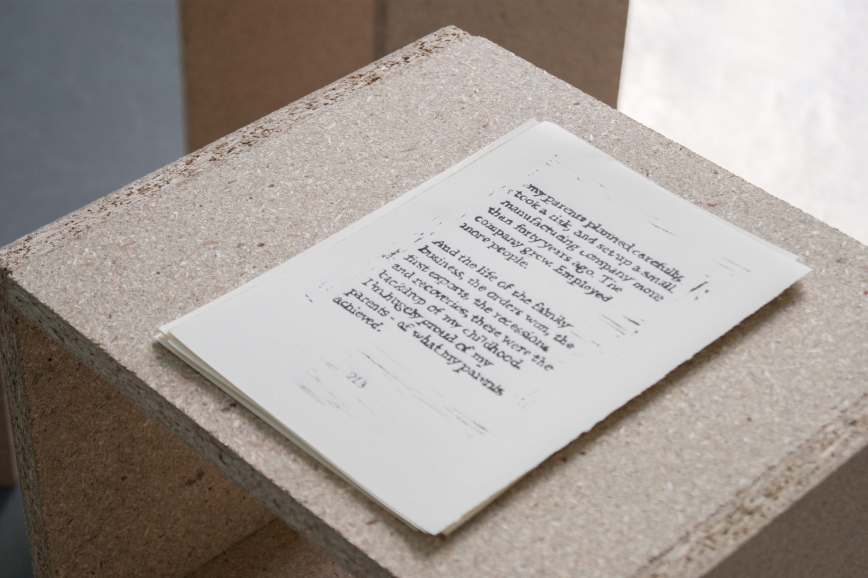 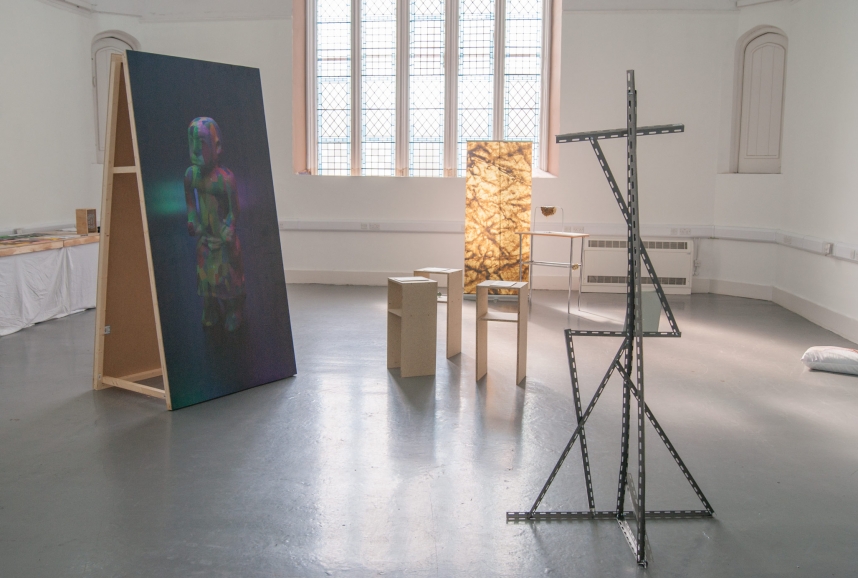 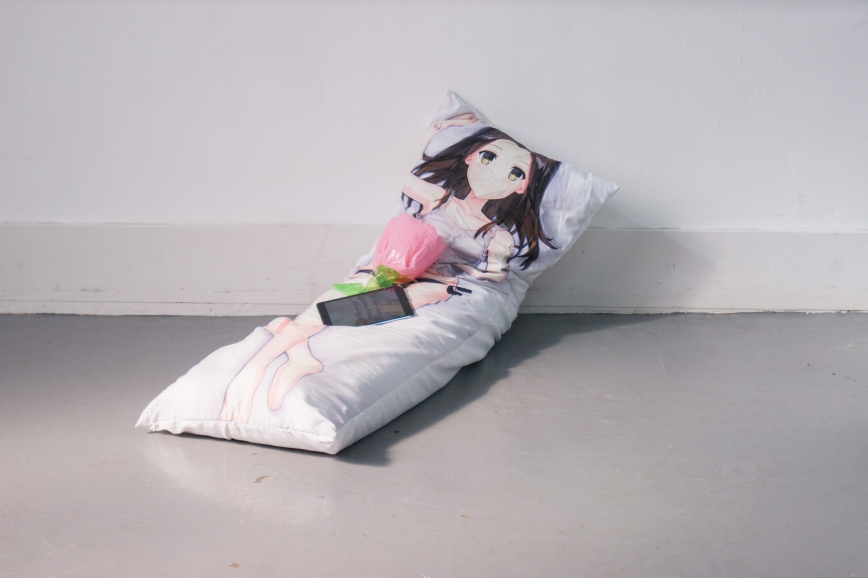 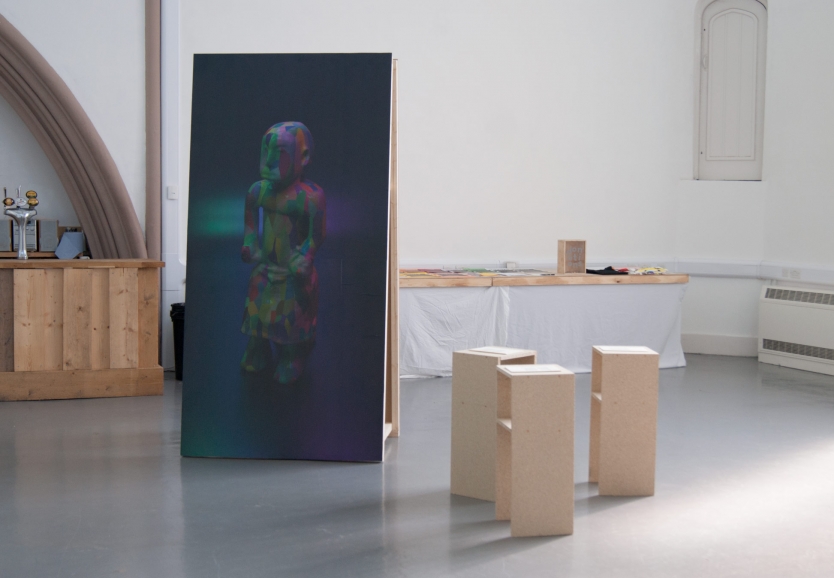 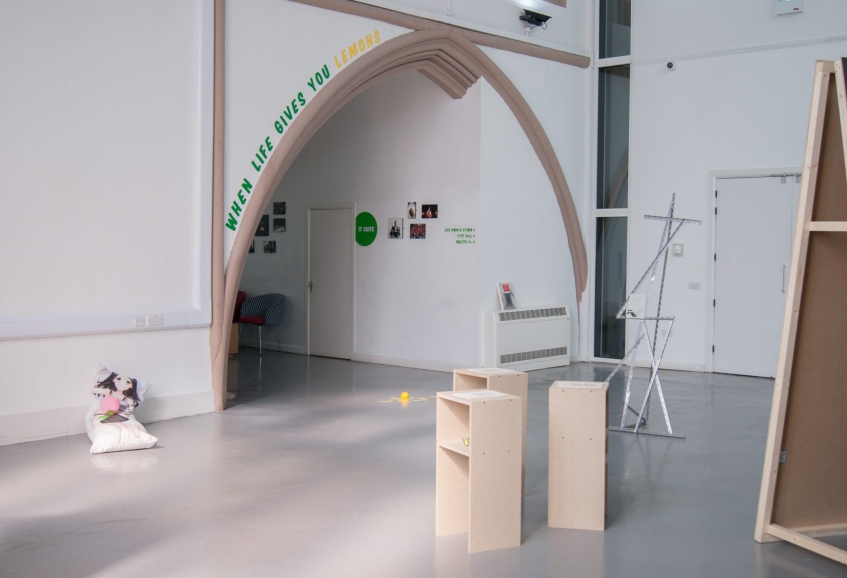 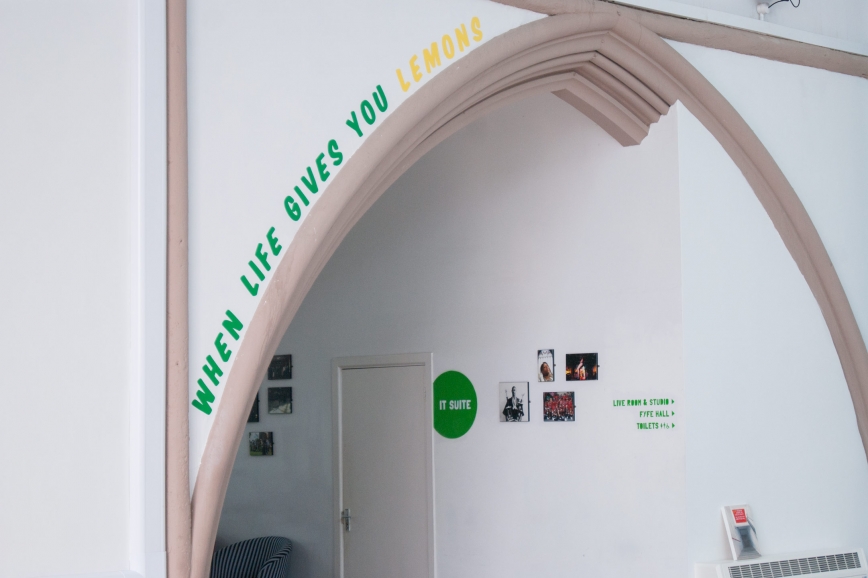 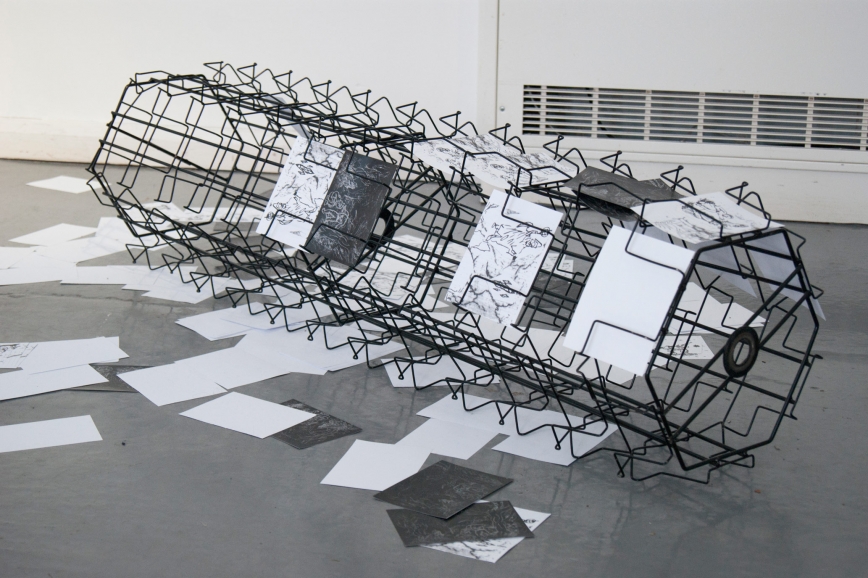 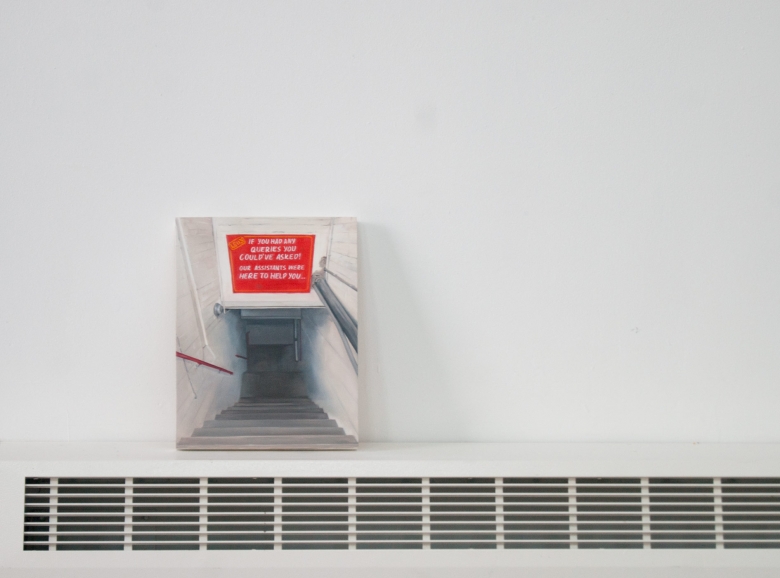 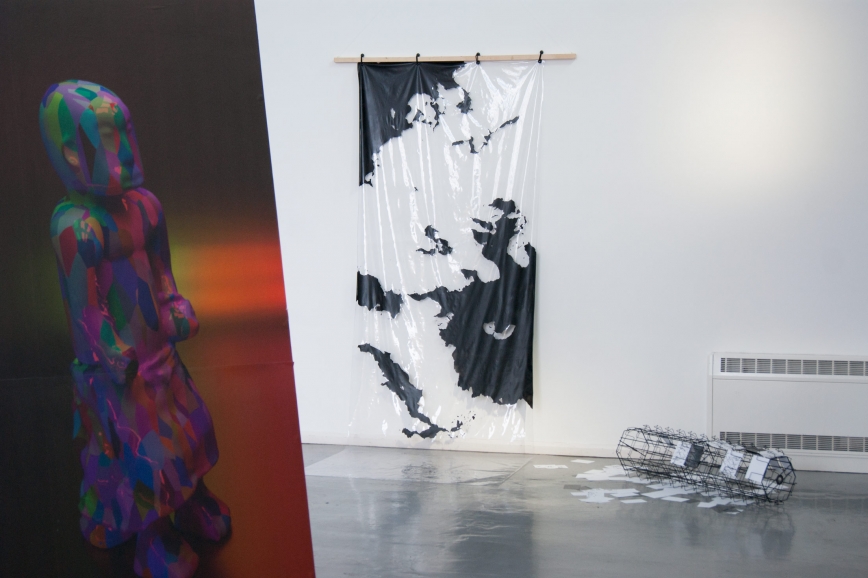 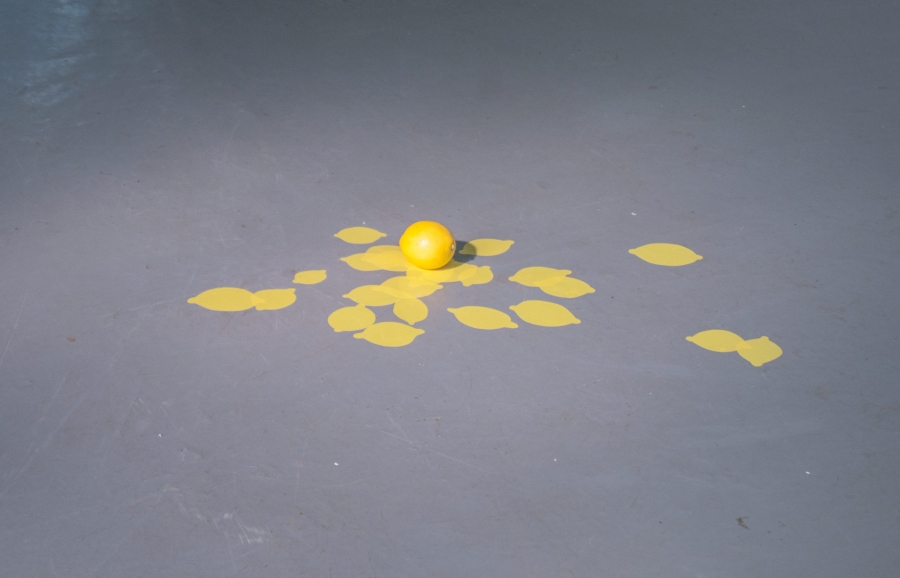 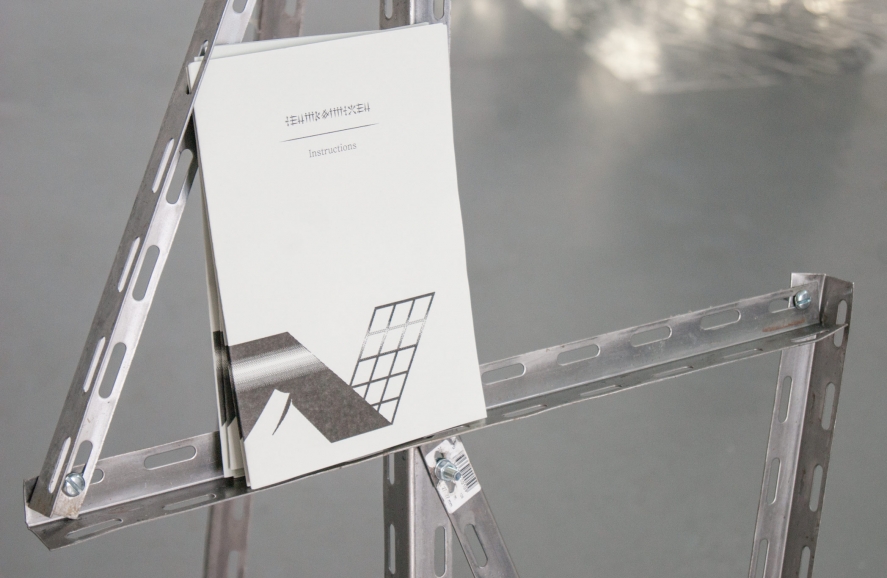 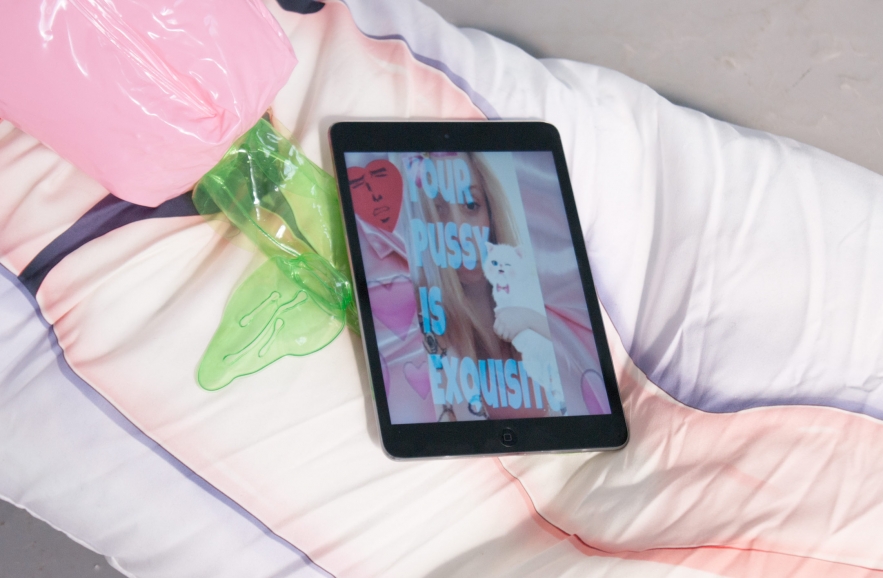 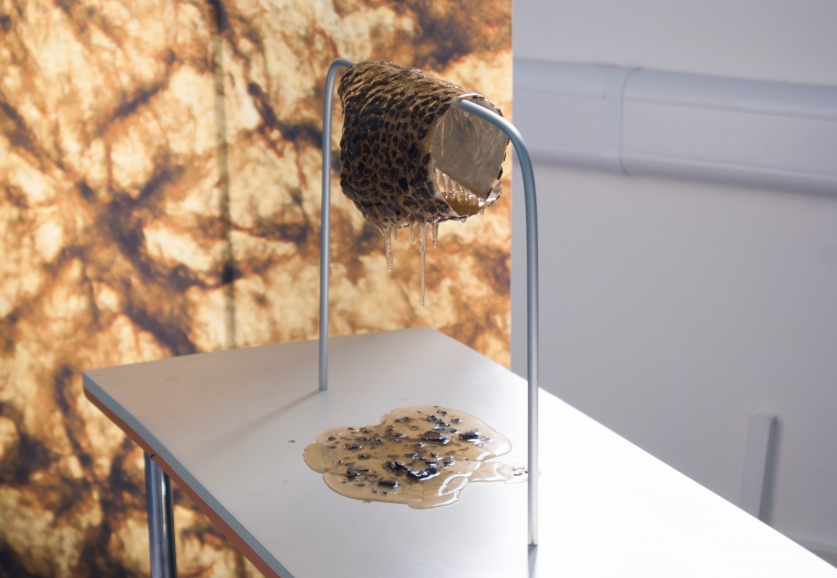